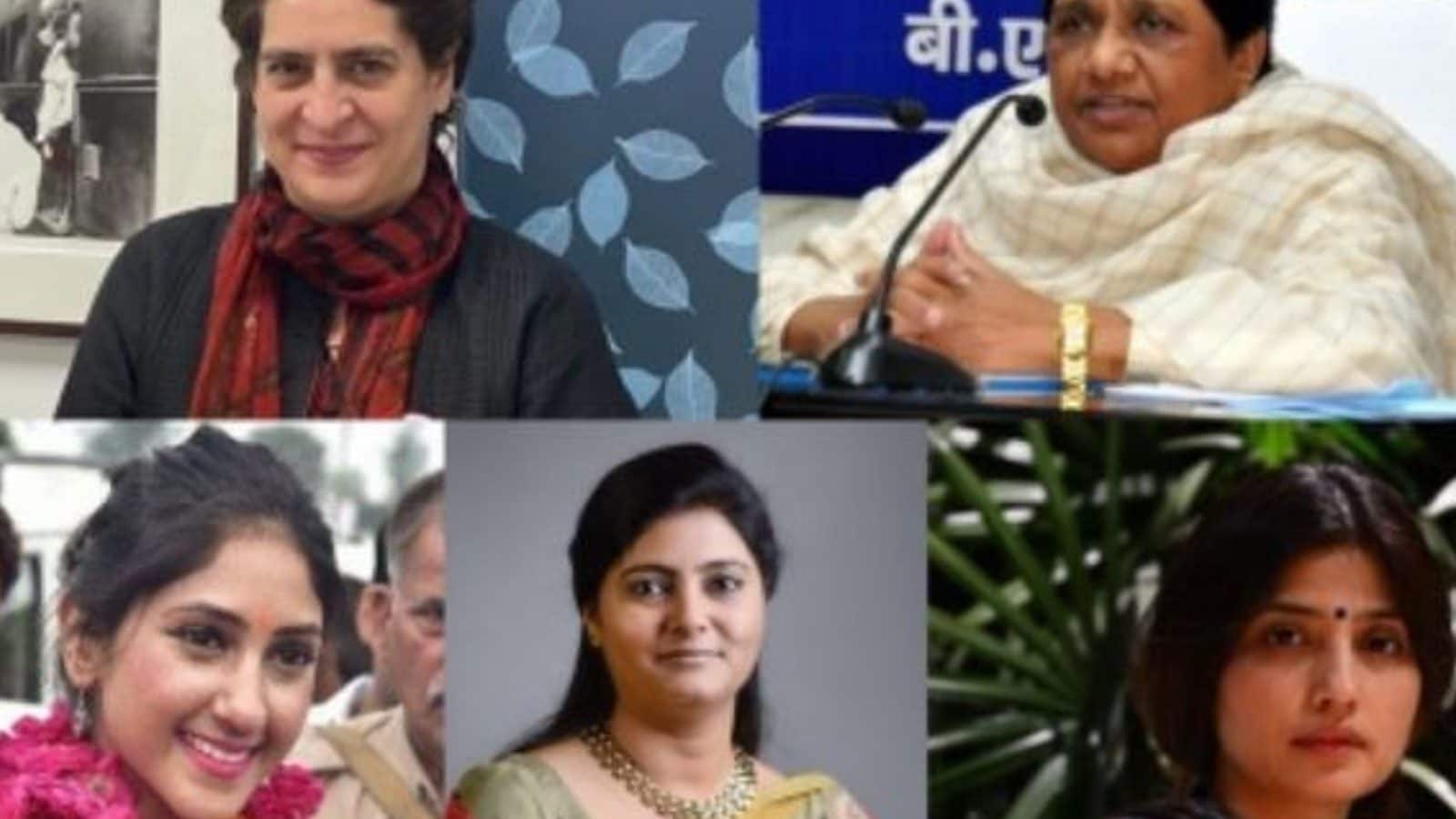 The dawn of 2022 in Uttar Pradesh, apart from witnessing a fiercely fought battle in the Assembly elections, will also decide the political fate of five women politicians.

These women, directly or indirectly, are playing a key role in the Assembly elections for their respective parties, and the poll outcome will prove crucial for them.

To begin with, all eyes are fixed on Congress General Secretary Priyanka Gandhi Vadra, who is working overtime to revie the near-defunct Congress in Uttar Pradesh.

Priyanka created a buzz when she announced 40 per cent reservation for women in the upcoming Assembly elections. Her attempts to create a women vote bank by blurring the lines of casteism and communalism have unnerved other political parties, and her slogan ‘Ladki Hoon, Lad Sakti Hoon’ has started echoing in the political circles.

Priyanka’s efforts to put the Congress on the political centre stage have started showing results, which is evident by the increasing presence of women and girls at party events.

However, the party’s lack of organisational base in the state may or may not help in translating the crowds into votes.

For Priyanka, the Assembly elections are like a do-or-die battle. If she manages to revive Congress’ fortunes in the upcoming polls, she will prove her mettle as a leader of stature.

If the Congress fails, it will be Priyanka’s failure and this could give another death blow to the beleaguered grand old party.

Union minister Anupriya Patel is another woman leader for whom the UP elections are an acid test. Anupriya’s Apna Dal is a BJP ally and she showed remarkable success rate in three previous elections.

In 2014 and 2019 genereal elections, Apna Dal contested and won two seats – notching up a 100 per cent success rate. In the 2017 Assembly polls, the party contested 12 seats and won nine.

In 2022, Anupriya’s estranged mother Krishna Patel, who heads a breakaway faction of Apna Dal, has allied with the Samajwadi Party and is working hard to establish her claim over Kurmi votes.

If the faction led by Krishna Patel manages a good showing in the Assembly polls, she will claim her late husband Sonelal Patel’s political legacy, something which gave Anupriya a head-start in politics.

Bahujan Samaj Party supremo Mayawati is another woman leader whose political future depends to a large extent on the UP Assembly elections.

The BSP’s fortunes have been declining rapidly since 2012 when Mayawati was voted out of power. In the past nine years, she has made more enemies than friends – barring a brief six months when she befriended Akhilesh Yadav.

Mayawati has expelled almost all senior Dalit leaders from her party, which now lacks any recognisable face from the Dalit community which has been her mainstay.

The BSP is now focussed on wooing Brahmins and this is proving to be an irritant for the Dalits. Whether the BSP can recreate the magic of 2007, and ensure a balance between Dalits and Brahmins, remains to be seen.

The BSP, for the first time, faces a challenge from the Bhim Army which is making its political debut in next year’s UP polls.

Bhim Army chief Chandra Shekhar has managed to build a sizeable following among Dalit youth and this could prove detrimental to BSP’s interests in the polls.

For Mayawati, it is essential to re-establish her hold in state politics in these elections, or else she may be relegated to the wings in the coming years.

The fourth woman leader who will play a crucial role in UP polls is former Samajwadi Party MP Dimple Yadav. Though she is not very visible on the political horizon, party sources claim that she is working relentlessly behind the scenes to help her husband Akhilesh Yadav in his biggest political battle – the 2022 Assembly polls.

Sources say that Dimple is quietly screening the situation in various Assembly constituencies and providing feedback to Akhilesh Yadav who is busy campaigning.

“She is working till the booth level, making calls and verifying the credentials of the leaders. Not many are aware of the work she is doing, but she is working overtime to make things easy for Akhilesh Yadav. In fact, she is a key leader in the party now,” said a party leader on condition of anonymity.

Dimple knows that in next year’s Assembly polls, her husband is the sole star campaigner since party patriarch Mulayam Singh Yadav is facing health issues and may not campaign.

Another senior SP leader Azam Khan is in jail, while some others, including Beni Prasad Varma, have passed away. The party, at present, does not have star campaigners to share the burden.

If Dimple’s work strategy succeeds, she could emerge as a front-rank leader for the Samajwadi Party.

Another woman leader to watch out for in the upcoming Assembly elections is Aditi Singh, the rebel Congress MLA from Rae Bareli.

After his demise, Aditi revolted against the Congress, launched attacks on the party leadership and warmed up to the BJP.

Though she formally joined the BJP recently, her acceptability in the party will be put to test in the Assembly polls since Akhilesh Singh had always postured himself against the BJP.

Political analysts feel that Aditi’s revolt against the Congress could damage the party in Rae Bareli, which is Sonia Gandhi’s Lok Sabha constituency.

“She can damage the Congress, but whether she will be able to retain her seat and her political clout remains to be seen,” said a veteran Congress leader in Rae Bareli.