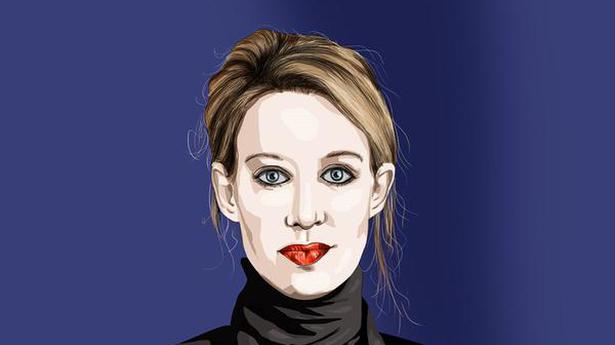 It took just a few months for Elizabeth Holmes to go from topping the Forbes list of ‘America’s 50 Richest Self-Made Women’ to ending up on the Fortune list of ‘The World’s 19 Most Disappointing Leaders,’ alongside Martin Shkreli of Turing Pharmaceuticals and the then-president of Brazil, Dilma Rousseff. By this time, in 2016, the narrative about the revolutionary blood-testing technology of her company Theranos was coming apart. Theranos didn’t survive the fallout of the regulatory scrutiny that followed, and it wound up in 2018.

But the jury is still out, quite literally, on Holmes’ fate. In recent weeks, a dozen jurors have been having deliberations in a case of criminal fraud against her. This case was brought against her and the company’s former COO Ramesh Balwani in 2018, with them being charged on “two counts of conspiracy to commit wire fraud and nine counts of wire fraud”. The allegation is that they defrauded doctors, patients, and investors.

They are alleged to have made false claims about their blood-testing technology to doctors and patients, even though they “knew Theranos was not capable of consistently producing accurate and reliable results for certain blood tests”. They are also alleged to have “made numerous misrepresentations to potential investors” about the company’s financial condition and its prospects. For instance, the defendants “represented to investors that Theranos would generate over $100 million in revenues and break even in 2014 and that Theranos expected to generate approximately $1 billion in revenues in 2015; when, in truth, the defendants knew Theranos would generate only negligible or modest revenues in 2014 and 2015.” If found guilty, they could face 20 years in prison.

In her legal defence, she has pleaded not guilty, and also blamed her former boyfriend Mr. Balwani for emotional and sexual abuse. He has reportedly denied the allegation.

It was in 2003 that Ms. Holmes, a Stanford dropout and just 19 at that time, started Theranos, reportedly a combination of ‘Therapy’ and ‘Diagnosis.’ “When Elizabeth Holmes emerged on the tech scene, around 2003,” Vanity Fair wrote, “she had a preternaturally good story”. It said, “She was a woman. She was building a company that really aimed to change the world. And, as a then dark-haired 19-year-old first-year at Stanford University’s School of Chemical Engineering, she already comported herself in a distinctly Jobsian fashion.” For instance, she always wore black turtlenecks and practised veganism.

Theranos, at first, was hardly making any noise. In 2011, the former U.S. Secretary of State George Shultz joined its board. In the years that followed, a lot of people with experience in the government joined the board. The list included former Secretary of Defence William Perry, former Secretary of State Henry Kissinger, and four-star General James Mattis, who later became Secretary of Defence. In a video interview that was featured in the documentary The Inventor, Ms. Holmes recalls how she was “absolutely terrified” by the process of drawing blood for testing. The Theranos technology promised to revolutionise the process by needing just a finger prick to run hundreds of types of blood tests.

Employees, who came out to talk to the makers of the documentary after the bubble had burst, recall a company that was extremely secretive in its operations and one that nurtured a culture of paranoia. The technology and its workings were out of bounds to the outside world. The employees also reveal the huge gap that existed between the promise and the real performance of its testing device, which was called Edison. The fact that Theranos had to depend on commercially available machines for testing, rather than its own technology, was finally exposed in a Wall Street Journal article.

Until then, none of the big names who joined the Theranos board suspected anything amiss. Nor did investors such as Ruper Murdoch or the Walton family, who, along with other high-profile investors, put in $400 million into the company. At the age of 31, when she featured in the Forbes list, Ms. Holmes had a net worth of $4.5 billion. Her company was valued at $9 billion. That was as good as it got for Ms. Holmes and Theranos.