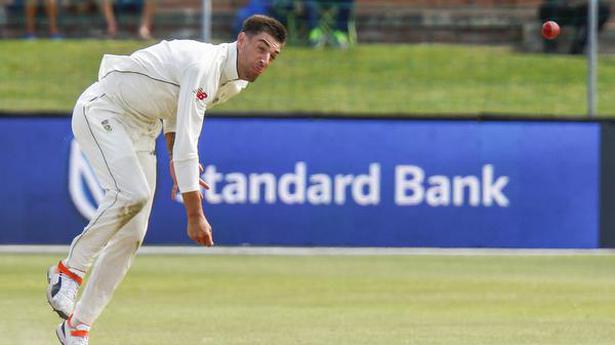 When the South African XI was announced on Sunday, just about everyone was surprised.

Where was Duanne Olivier, widely tipped to take Anrich Nortje’s place in the eleven. Instead young left-arm quick Marco Jansen was handed a Test debut.

Now it has come to light that it was not a case of Olivier not being picked; he was forced to miss the Test because of COVID-19 hangover and a hamstring strain.

“Duanne Olivier is healthy and well, but did return a positive COVID-19 test result a number of weeks ago, which forced him to quarantine and took time away from his training ahead of the current Betway Test series against India,” Victor Mpitsang, the convenor of selectors said.

Mpitsang revealed, “Olivier picked up a hamstring niggle during the two-day, inter-squad match at the start of the camp and the selectors did not want to risk him unnecessarily when there are two more Test matches to think about.”

In all likelihood, Olivier will feature in the second Test at the Wanderers, his home ground.

I am Available for Selection Says Virat Kohli Amid Rumours of...