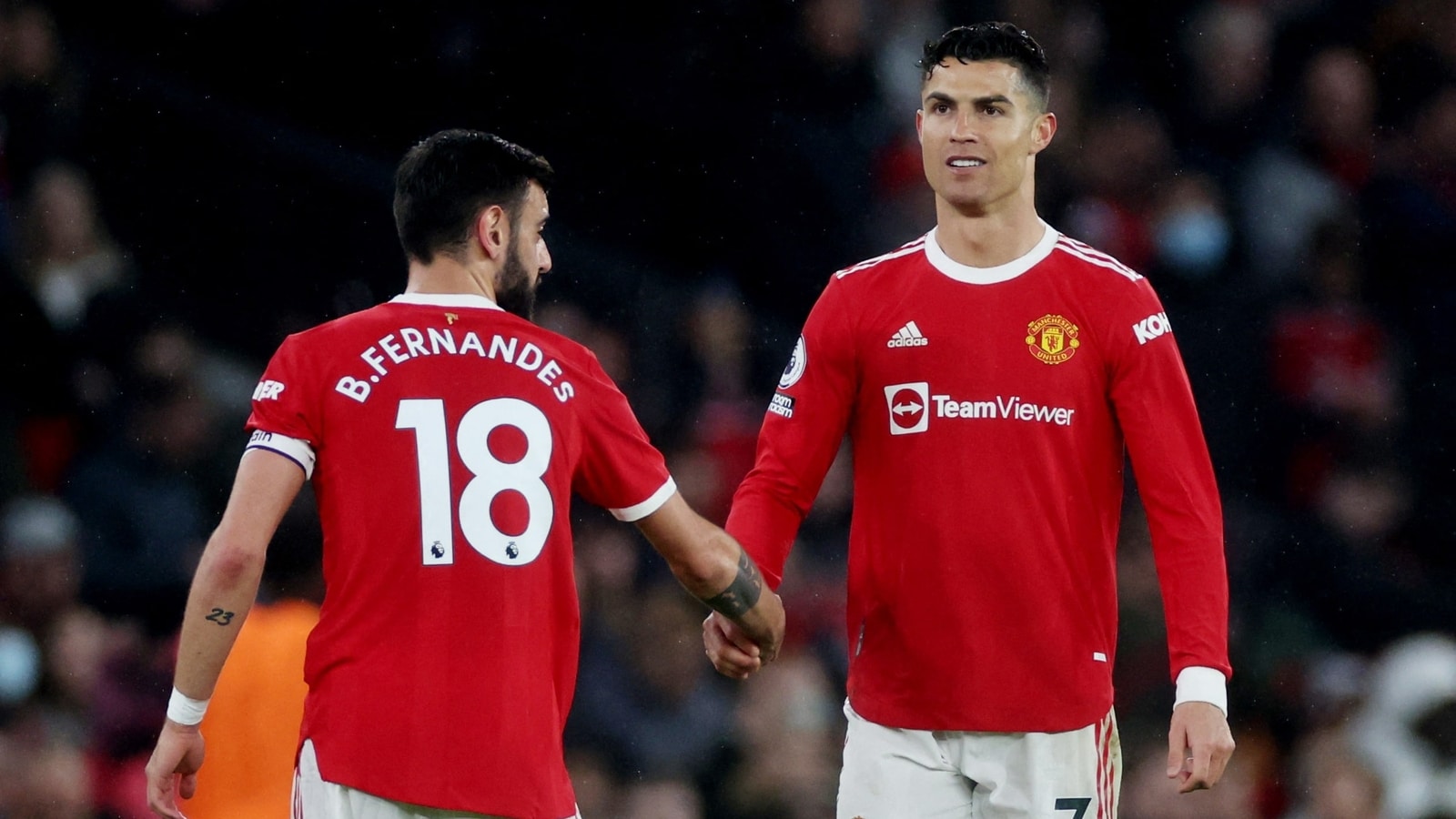 Bruno Fernandes hit back at claims that the Portuguese star took a swipe at Cristiano Ronaldo following Manchester United’s 2-1 stunning win over local rivals Manchester City on Saturday. Fernandes had scored the controversial equaliser for the Red Devils in the 78th minute, and three minutes later Marcus Rashford netted the winner.

The Red Devils had got off to slow start, which also saw them endure a humiliating 4-0 thrashing against promoted side Brentford in August. Since the shameful loss, United have went on to win 12 out of the 16 Premier League matches. The win against City saw them stretch their winning streak to five. They are currently placed fourth on the points table, having secured 38 points from 18 matches.

Fernandes had shared his thoughts on Manchester United’s turnaround after the 4-0 defeat against Brentford in August. He again touched the topic after United’s derby win, where he said: “[We] used to be individuals, now we are a team. You can see a proper team that works for each other.”

The comments by Fernandes was misinterpreted by many, who felt the midfielder was taking a swipe at Ronaldo, who was released by the club after his explosive interview with British journalist Piers Morgan. In the interview Ronaldo had slammed both the club and current manager Erik ten Hag.

However, Fernandes was quick to dismiss the accusation and took to social media to clarify his stance. “Thanks for someone to post exactly the words I said! I know that [it] is difficult to see Manchester United doing well and don’t have anything to talk about us on the news apart [from] good things.

“Don’t use my name to try to attack Cristiano!

“Cristiano was part of our team for half of the season and as I said in many interviews EVERYONE since Liverpool is being amazing and acting like a proper team and you can see the results on that! We carry on,” he wrote on Instagram.

Apart from the Premier League, United have also reached the semi-final of the League Cup, where they will lock horns with Nottingham Forest.

Roma, Atalanta and Lazio win to close in on top 4...