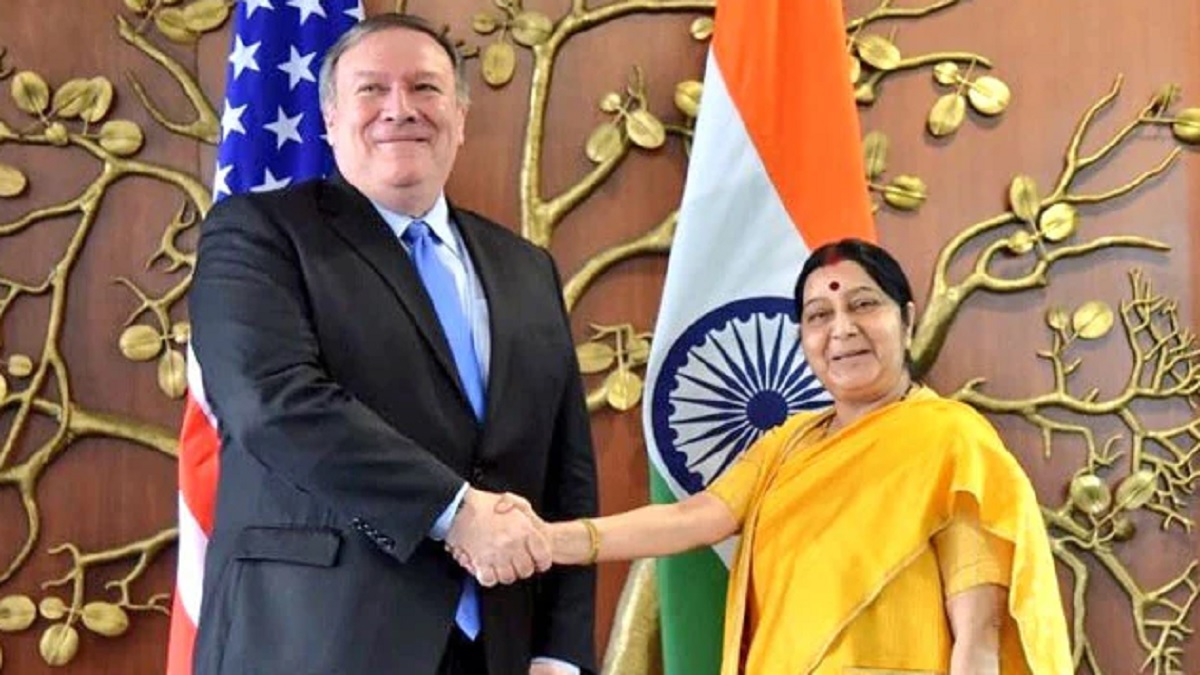 Former US Secretary of State Mike Pompeo has said he never saw his counterpart Sushma Swaraj as an “important political player” but got along famously with External Affairs Minister S Jaishankar, hitting it off with him in their first meeting itself.

In his latest book ‘Never Give an Inch: Fighting for the America I Love’ that hit the stores on Tuesday, Pompeo describes Swaraj somewhat disparagingly, using the American slang words “goofball” and “heartland political hack” for her.

Swaraj served as external affairs minister in the first Modi government from May 2014 to May 2019. She died in August 2019.

“On the Indian side, my original counterpart was not an important player on the Indian foreign policy team. Instead, I worked much more closely with National Security Advisor Ajit Doval, a close and trusted confidant of Prime Minister Narendra Modi,” 59-year-old Pompeo writes in his book.

A confidant of then US president Donald Trump, Pompeo was the CIA Director in his administration from 2017 to 2018 and then served as the Secretary of State from 2018 to 2021.

“My second Indian counterpart was Subrahmanyam Jaishankar. In May 2019, we welcomed “J” as India’s new foreign minister. I could not have asked for a better counterpart. I love this guy. English is one of the seven languages he speaks, and his is somewhat better than mine,” writes the former top American diplomat, who is now exploring the possibility of a 2024 presidential run.

“Professional, rational, and a fierce defender of his boss and his country,” is how Pompeo described Jaishankar.

“We hit it off immediately. In our first meeting, I was bemoaning, in very diplomatic speech, that his predecessor had not been particularly helpful,” he said.

Commenting on Pompeo’s claims, Jaishankar told PTI, “I have seen a passage in Secretary Pompeo’s book referring to Smt Sushma Swaraj ji. I always held her in great esteem and had an exceptionally close and warm relationship with her. I deplore the disrespectful colloquialism used for her.”

In his book, Pompeo also says American neglect of India was a decades-long bipartisan failure.

“We are natural allies, as we share a history of democracy, a common language, and ties of people and technology. India is also a market with enormous demand for American intellectual property and products.


These factors, plus its strategic location in South Asia, made India the fulcrum of my diplomacy to counteract Chinese aggression,” he writes.

“In my mind, a counter-China bloc made up of the United States, India, Japan, Australia, South Korea, the United Kingdom, and the European Union would have an economic weight at least three times that of China. I chose to devote serious quantities of time and effort to help make India the next great American ally,” Pompeo says.