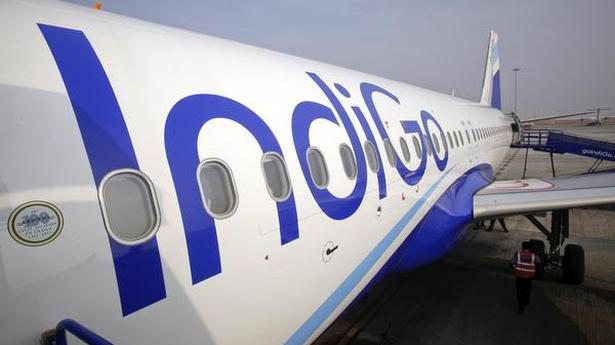 In November, more than one crore domestic passengers travelled in India’s airlines. This was the first time in the last 20 months that the passenger count crossed this mark. Despite the increase, the number of empty seats continued to be higher than it was before the COVID-19 outbreak. Thus, when domestic travel picked up after restrictions were slowly lifted, IndiGo further consolidated its position as the market leader but its loss-making streak continued. As airlines continued to pay the mandatory fees and rents despite a drop in passenger count, their losses mounted. While SpiceJet’s numbers are dwindling, Vistara’s passenger count is fast rising.

The chart depicts the passenger-kilometres (PK) flown by an airline as a % of the total PK on domestic routes. One PK is achieved when one passenger is flown for one kilometre. For instance, in September 2021, IndiGo flew 58% of the overall domestic PK.

The chart depicts the % weight load factor — the actual PKs flown as a % of total PKs available for each airline. The higher the weight load factor, the better, for it means that the airline flew with fewer empty seats.

Quarter after quarter, all major airlines continue to report heavy losses. Even when passengers were not flown in high numbers, airlines had to pay for rentals, airport fees, maintenance and salaries. This has dented their revenues considerably. The charts show the net profit (+)/ loss (-) from ordinary activities after tax.

Sri Lanka: ‘I can’t afford milk for my babies’

Online payment rules set to change from Jan 1. All you...

Despite Claims, Coinbase’s Stablecoin is Not Backed By Cash After All