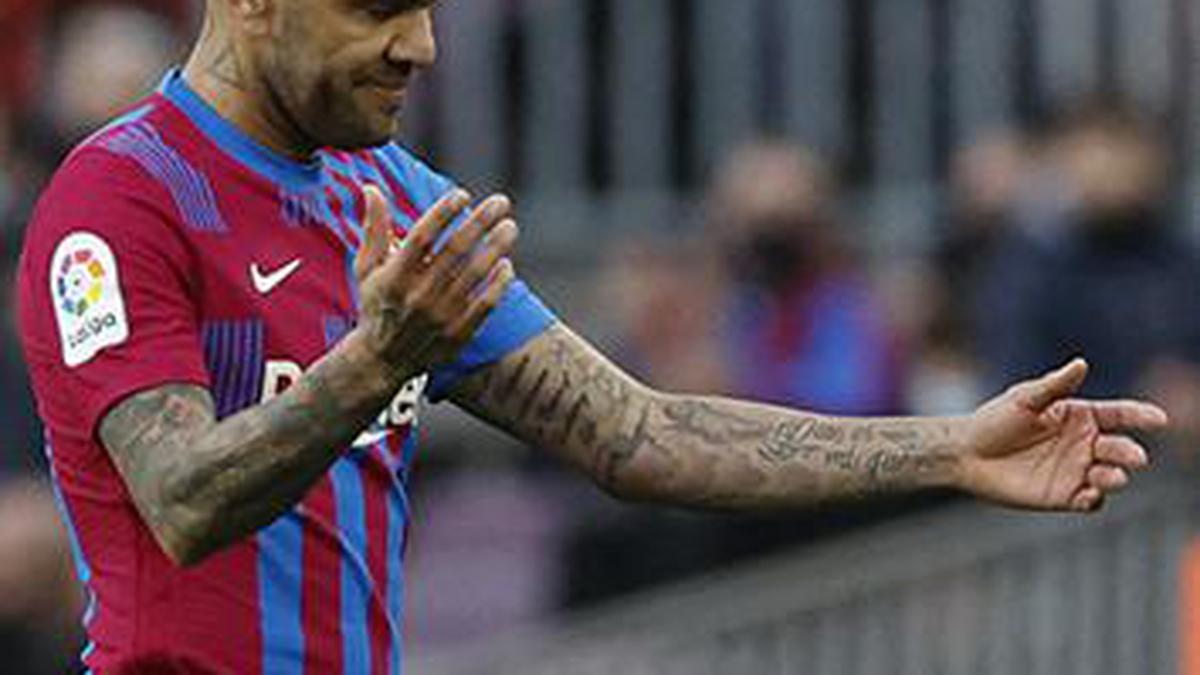 A file photo of Dani Alves reacting during a football match for FC Barcelona. Dani Alves, one of football’s most successful and charismatic players, was arrested Friday after being accused of sexually assaulting a woman in Spain. A judge later denied bail for the veteran Brazilian right back who now plays for Mexican club Pumas.
| Photo Credit: Reuters

Dani Alves, one of football’s most successful and charismatic players, was arrested Friday after being accused of sexually assaulting a woman in Spain. A judge later denied bail for the veteran Brazilian right back who now plays for Mexican club Pumas.

The alleged assault took place on Dec. 31 at an exclusive nightclub in downtown Barcelona, police told The Associated Press.

Alves had denied any wrongdoing several days before his arrest.

Alves was taken into custody after he answered a police summons while in Spain. State prosecutors had asked for him to be held without bail, and a judge agreed after charging him with sexual assault following several hours of testimony. Unless that decision is reversed on appeal, Alves will remain in custody until trial at a still unspecified date.

A charge of sexual assault in Spain can mean anything from unsolicited and unwanted sexual groping to rape. Police said they could not give any details on the case. Rape can be subject to prison terms of up to 15 years under a new law passed last year.

Alves denied the allegations last week in a video he sent to Spanish television channel Antena 3. While acknowledging he had gone dancing at the club on the night of the alleged assault, he said he did not know the woman and was always “respectful” of others.

“I was there having a good time with other people,” Alves said. “Everyone who knows me knows that I like dancing. I was having a good time, but I never invaded the personal space of anyone. I always am respectful.”

The 39-year-old Alves is one of football’s most successful players, winning major titles with several elite clubs, including Barcelona, Juventus, and Paris Saint-Germain, over his long career. He also helped Brazil win two Copa America trophies and an Olympic gold medal at age 38.

Known for his creative play on the field, and a sharp wit and love of fashion off it, the right-back has been one of football’s leading personalities for more than a decade.

The defender was a key part of Barcelona’s golden years playing between 2008-16 on the team’s right flank behind Lionel Messi. He won the Champions League three times with the Catalan club, which he briefly rejoined last season.

Olympics News: Athletes and China Prepare for Their Moment