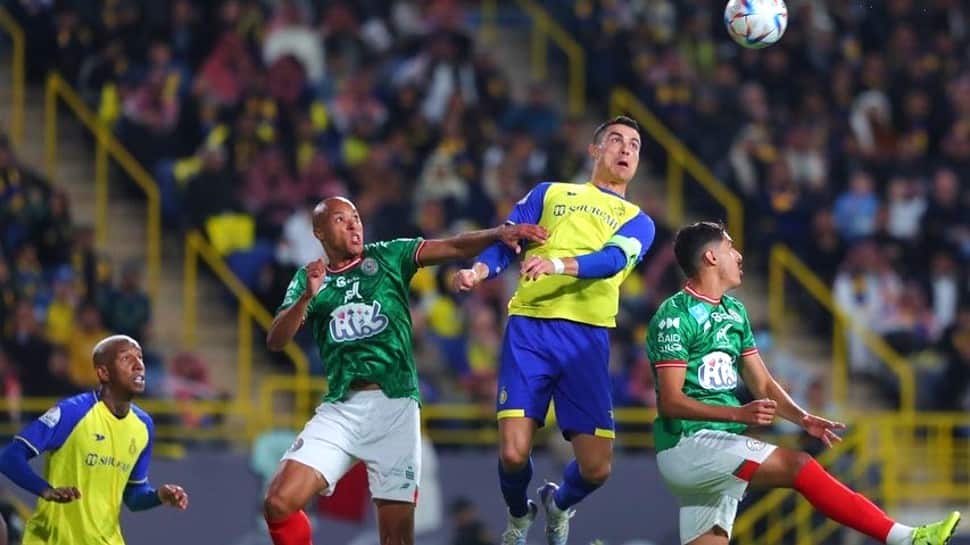 Cristiano Ronaldo failed to score in his Saudi Pro League debut for Al Nassr, but his presence electrified fans at King Saud University Stadium as the team beat Ettifaq 1-0 to retake first place on Sunday (January 22). Talisca headed the winner in the 31st minute when Abdulmajeed Al-Sulaiheem’s cross was too high for Ronaldo, who didn’t seem to mind as he wheeled around to celebrate with the Brazilian midfielder and the rest of his new teammates.

Al Nassr, which has played 14 games, moved a point ahead of defending champion Al Hilal, which has played a game more. The Al Nassr fans had to wait three weeks after the announcement of one of the most surprising transfers in soccer history to see their new hero in competitive action.

On Thursday, Ronaldo played for a combined XI from Al Nassr and Al Hilal in an exhibition game against a Paris Saint-Germain team featuring old foe Lionel Messi. Ronaldo, a five-time Ballon d’Or winner who starred for Real Madrid, Juventus and Manchester United, signed a deal to June 2025 with Al Nassr, apparently after rejecting offers from Europe, North America and beyond.

Media reports have claimed the Portugal star could be earning up to $200 million a year from the deal, which would make him the highest-paid football player in history. Al Nassr president Musalli Almuammar would not confirm the figures in Ronaldo’s two-and-a-half-year contract but said the 37-year-old deserves to be the highest paid player on the planet.

Ronaldo had been a free agent after his contract was terminated by Manchester United following an explosive TV interview in which he criticised manager Erik ten Hag and the club’s owners after having been repeatedly benched and even temporarily suspended by the club. He also came off a disappointing World Cup where he was benched in the knockout rounds and left the field in tears after Portugal lost in the quarterfinals to Morocco.

While Saudi Arabia earned its biggest international soccer win ever at the World Cup in neighbouring Qatar when it beat eventual champion Argentina in their first group-stage game, their domestic league has few other stars and is not watched by a major international audience.

Virat Kohli or Sachin Tendulkar? Who is better? Kapil Dev settles debate once and for all, says Sunil Gavaskar was the finnest- Check

Andy Murray is back in the ‘good books’ after finding lost...