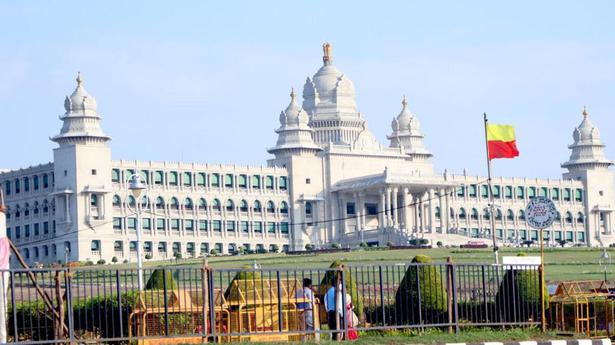 Karnataka Legislative Council Chairman Basavaraj Horatti has stressed on the need for construction of a Legislators’ Home and a secretariat building in Belagavi.

Speaking to mediapersons on December 24, Mr. Horatti said he had appealed to Chief Minister Basavaraj Bommai to construct an LH and a secretariat. “Recently, I had visited Shimla (Himachal Pradesh). There an LH has been built in Dharamshala where the legislature session is held. Similarly, an LH has been built in Nagpur in Maharashtra,” he said.

Mr. Horatti said there were meaningful discussions on various issues in the last 10 days in the Council. As many as 74 members attended the session and the discussion on north Karnataka issues was as long as 11 hours.

As many as nine Bills that were approved by the Assembly had been passed by the Council. The government responded to 134 questions on the floor of the House and written replies were given to 792 questions.

The Council would conduct a training programme for new members on the functioning of the House. “I am confident that in the coming days, the quality of debates and participation of members will improve,” he said.

1km-long lake forms due to landslides in Uttarakhand | India News...