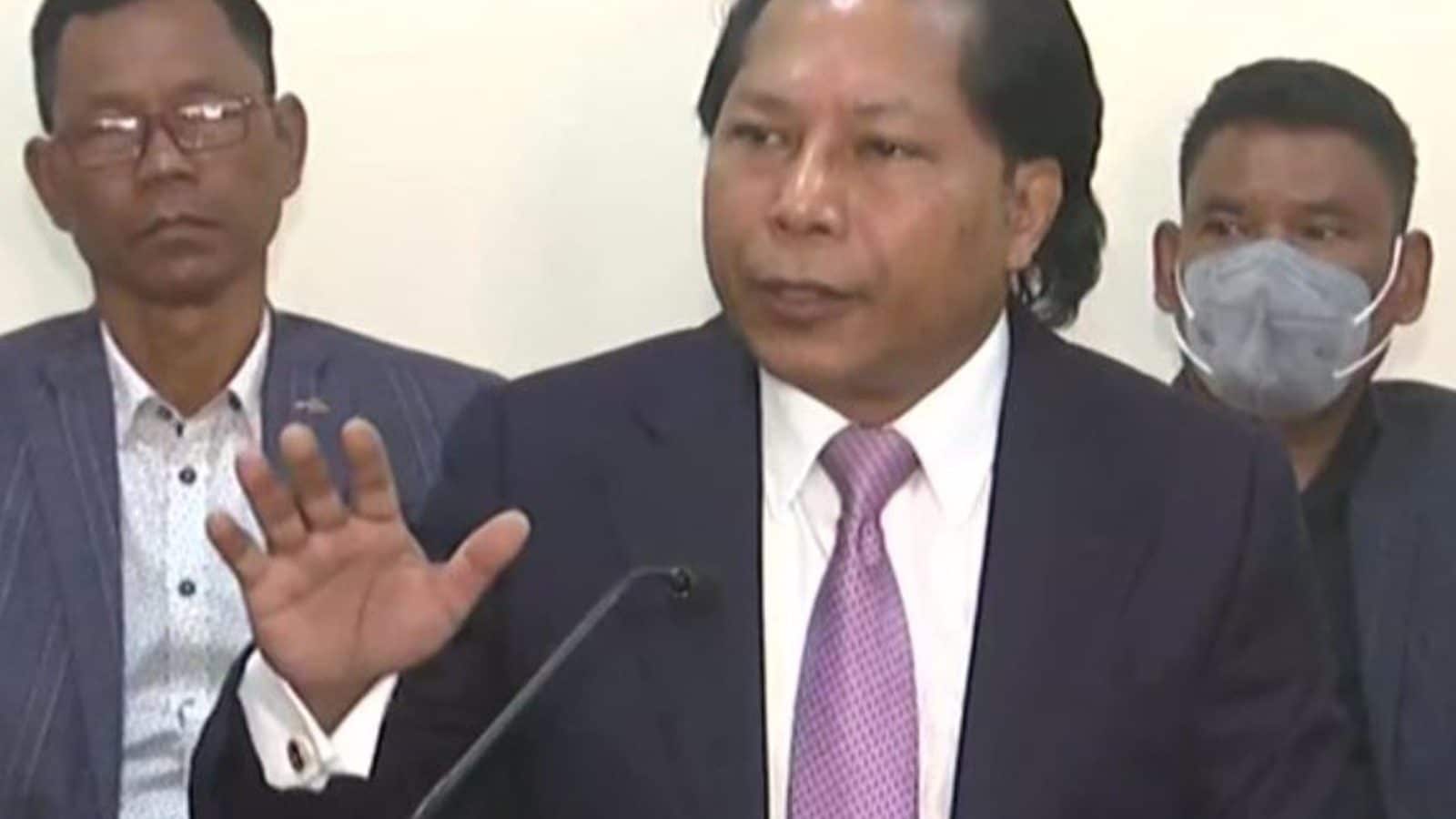 With over two-thirds of its Meghalaya MLAs joining the Trinamool Congress en masse, coupled with losses in by-polls, 2021 turned out to be a dismal year for the Congress, a terrible downslide for a political outfit that had emerged as the single largest party in the 2018 assembly elections.

The Congress was forced to make strange bedfellows with rival BJP as what remained of its legislature group unanimously decided to support the ruling NPP-led coalition after 12 of its 17 MLAs joined Mamata Banerjee’s outfit, which hardly had any meaningful presence in the state.

Former chief minister Mukul Sangma and his close aide Charles Pyngrope, a former assembly speaker, led a coup against AICC-appointed Congress state president Vincent H Pala. The duo, along with 10 other MLAs, joined West Bengal’s ruling party, catapulting it to the position of the principal opposition party in Meghalaya in a trice.

Sangma’s move left the Congress with just five MLAs. The party, which had won 19 seats in the 2018 polls, also lost two to the ruling National People’s Party in by-elections, which were necessitated following the death of sitting Congress legislators.

Meghalaya and Assam tried to resolve their decades-long boundary dispute through dialogue, with chief ministers of the two states holding talks thrice this year. They have come close to resolving their differences in six of the 12 disputed areas, and have set January 15 as the deadline to complete the first phase of negotiations. There was some strain in ties between Chief Minister Conrad Sangma and his Meghalaya Democratic Alliance (MDA) partner BJP after he dropped the saffron party’s minister A L Hek from his cabinet, but he then inducted another BJP MLA Sanbor Shullai into the government.

The chief minister’s brother and minister James P K Sangma was accused of involvement in massive corruption in the implementation of the Soubhagya Scheme in the state, with the Congress going hammer and tongs to demand a CBI inquiry into the alleged scam.

The scheme aims at providing electricity connections to all households, urban and rural, in the country. The chief minister divested James Sangma of the Home portfolio after more allegations of him allowing syndicates to carry out illegal mining and transportation of coal surfaced.

The government faced some tense moments on the law and order front when Meghalaya Police faced backlash for killing former militant leader Cheristerfield Thangkhiew in an encounter at his Shillong home. The former insurgent was suspected to be involved in a series of IED blasts across the state, including one behind the busy Laitumkhrah market in the state capital just two days before he was gunned down.

On the day of his funeral, a group of youths ransacked a police outpost, snatched firearms and drove around in a police vehicle to mark their protest. The state government appointed a one-judge inquiry commission to probe the killing. The report is yet to be submitted. Illegal rat-hole coal mining, banned in the state by the National Green Tribunal, claimed the lives of five miners in Umpleng, about 20 km from another mine at Lumthari where a similar incident had taken place in 2018.

A total of 1,342 people succumbed to COVID-19 during the year, of whom 1,047 died in hospitals. The maximum number of 893 fatalities were reported in East Khasi Hills district, under which Shillong falls, followed by 135 in West Jaintia Hills. During the year, 71,336 people tested positive for the infection, and 70,095 patients recovered from the disease.

Among those who succumbed to the infection was Independent MLA from Mawphlang assembly seat S K Sunn. His son and former national footballer Eugeneson Lyngdoh won the seat in a byelection.

The ruling coalition put on its best gears for implementing the Jal Jeevan Mission, and the Centre quadrupled allocation for the scheme to Rs 678.39 crore for financial year 2021-22 as compared to the previous fiscal. Statistics show that only 1.88 lakh of the 5.9 lakh rural households, or 31.9 per cent, in the state have tap water connections.

Various pressure groups demanded the implementation of Inner Line Permit (ILP) in Meghalaya in their meetings with Union Home Minister Amit Shah during his two visits to the state this year, but did not receive any categorical assurance. ILP is an official travel document issued by the state government concerned to allow inward travel of an Indian citizen into a protected area for a limited period. It is in force in Arunachal Pradesh, Nagaland, Mizoram and Manipur.

Kamala Harris could break a record. Democrats wish she didn’t have to

Tory MP on Boris Johnson: It cannot go on like this