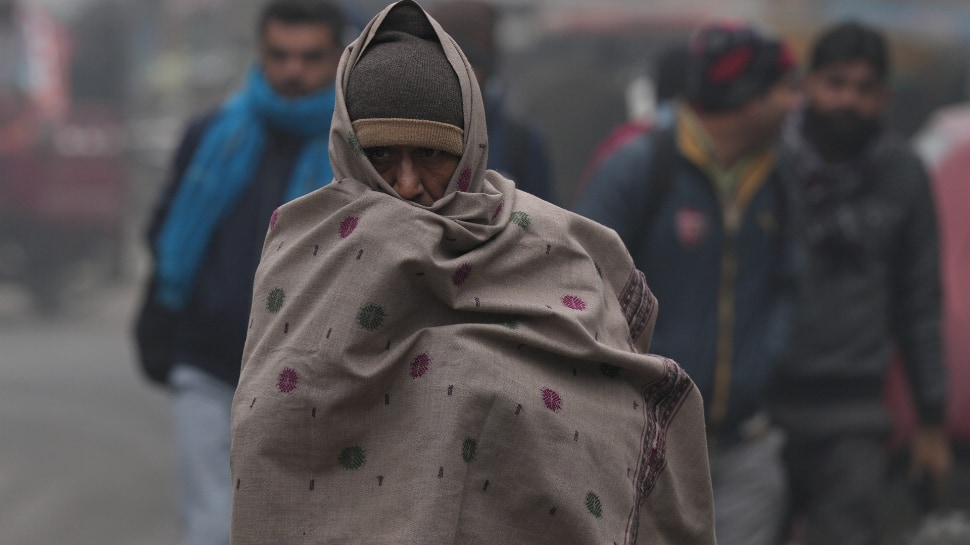 New Delhi: As icy northeasterly winds from the snow-covered mountains start to blow towards the plains, the India Meteorological Department (IMD) has predicted that the temperatures in Delhi-NCR are likely to dip from Sunday (January 15, 2023). The western disturbance, which had brought a reprieve from a cold spell in large swathes of north and northwest India, has begun to retreat, the weather department said.

According to IMD, a fresh spell of dense to very dense fog and cold wave conditions are very likely over several states between January 15 and January 18.

The weather office had earlier predicted the temperatures to plummet in Delhi-NCR in the coming days, forecasting the minimum temperature to settle around 3 degrees Celsius.

The weather office predicted shallow fog for Sunday with the maximum and minimum temperatures likely to settle around 17 and 7 degrees Celsius, respectively.

It also forecast a cold wave over many places in Delhi-NCR between Monday and Wednesday.

“Gradual fall in minimum temperatures by 4-6°C very likely over many parts of Northwest India during next three days and no significant change thereafter,” the Met department said on Saturday.

It also predicted a fall in minimum temperatures by 2-4°C over many parts of East India during the next three days.

Cold wave to severe cold wave conditions are very likely over parts of Delhi from January 16 to January 18, the IMD said.

Cold wave to severe cold wave conditions are also very likely over Rajasthan between January 15 and January 18, and over Punjab and Haryana on January 16 and January 17.

Large parts of north and northwest India recorded below-normal maximum and minimum temperatures on most days this month before the western disturbance brought relief, an IMD official said.

This was due to a layer of dense fog persisting over the Indo-Gangetic plains for the past 10 to 11 days and a large gap between two western disturbances that allowed frosty winds from snow-clad mountains to blow in for a longer-than-usual period, he added.

Dense to very dense fog is also very likely in parts during the night and morning hours over Punjab, Haryana, Delhi and Uttar Pradesh during the next five days.

Dense fog is also predicted over Bihar for the next five days.

Jammu and Kashmir, Himachal Pradesh, and Uttarakhand may also witness dense fog during the next four days.

How to protect yourself from cold wave?

More Than 130 Arrested In UP After Protests Over Remarks On...