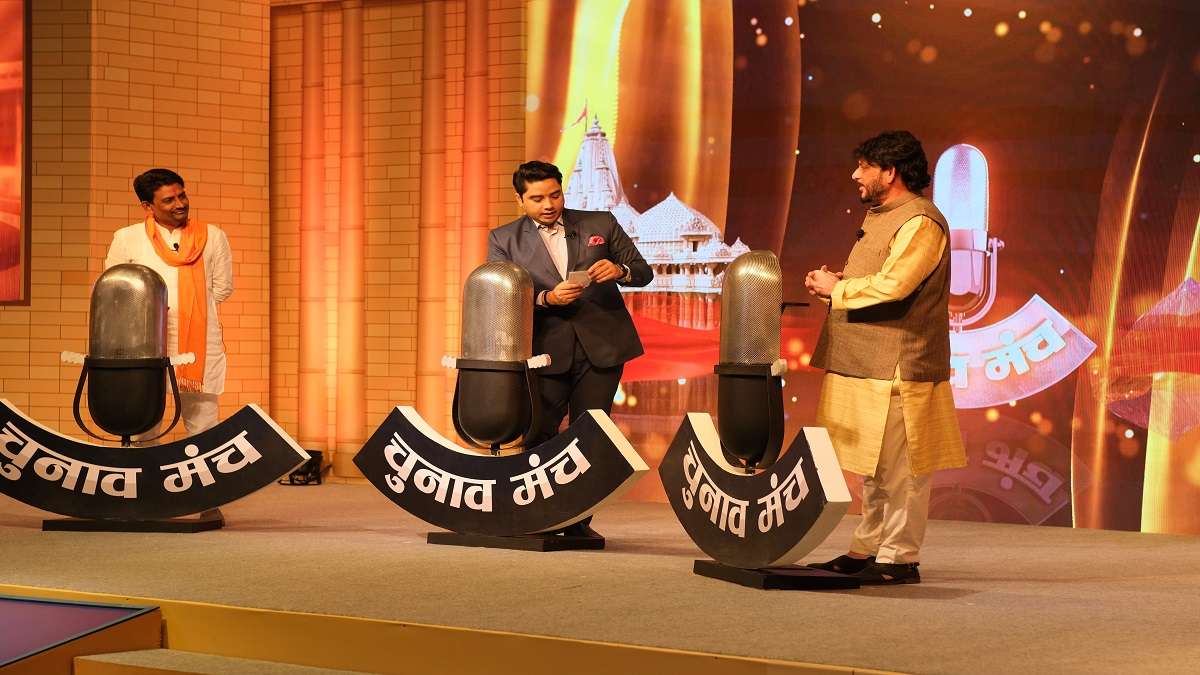 Chunav Manch Gujarat: As less than a week to go when voters will decide who will rule the home state of PM Modi- Gujarat, India TV brought ‘Chunav Manch’ where top leaders debated and responded to questions dominating this poll season brought the real picture of election battle in progress.

Pathan questioned BJP and asked how many tickets were given by the saffron party to Muslim candidates.

“BJP is in power for decades in Gujarat. Congress also ruled the state for 30 years. I’m unable to find development here (in Gujarat). I’m calling, development, where are you? And I’m getting an answer that there is no development but Jumla (rhetoric). They received votes from all but you can see what happened here,” he said.

Responding to Pathan’s charges, Thakor, said he believes there was no bigger enemy of Muslims than AIMIM.

“AIMIM supports extremism and provokes people, on the other hand, BJP does not speak like this but presses nationalism. Today, every home in the state is getting water. I’ll quit politics if you find a house that is not getting water. Muslims in Gujarat are not going to be influenced by AIMIM,” he asserted.

Vote for Legislative Assembly election is scheduled to be held on 1 and 5 December 2022 in two phases, to elect 182 members of 15th assembly. The counting of votes will take place on December 8, 2022.

Supreme Court To Get 5 New Judges On Monday, Takes Total Strength To 32