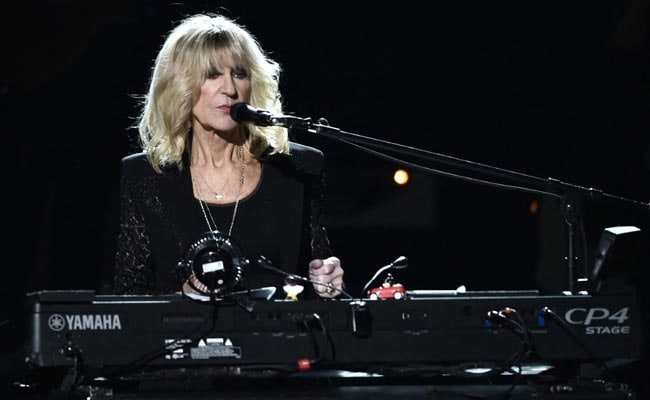 Christine McVie’s family said she had died “peacefully” in hospital on Wednesday after “a short illness”.

Fleetwood Mac singer-songwriter and keyboardist Christine McVie, who also enjoyed success as a solo artist, died on Wednesday at the age of 79 following a brief illness, her family announced.

McVie wrote some of the legendary Grammy-winning rock band’s most famous songs, including “Little Lies”, “Everywhere” and “Songbird”, after joining a few years after its 1967 formation.

Inducted into the Rock and Roll Hall of Fame in 1998, the group has sold more than 100 million records worldwide and is considered one of the most successful bands ever.

In a statement posted on her official Facebook page, McVie’s family said she had died “peacefully” in hospital on Wednesday morning after “a short illness”.

“She was in the company of her family,” it added.

Asking for privacy “at this extremely painful time”, the statement urged “everyone to keep Christine in their hearts and remember the life of an incredible human being, and revered musician who was loved universally”.

Fleetwood Mac became one of the best-known bands of the 1970s and ’80s, with their most famous line-up comprising Mick Fleetwood, Christine and ex-husband John McVie, as well as Lindsey Buckingham and Stevie Nicks.

The 1977 “Rumours” album is considered one of the most successful in history, selling more than 40 million copies worldwide.

McVie left the group in 1998 but rejoined 16 years later for a fleeting reunion.

In 2017, she revealed on BBC radio’s “Desert Island Discs” programme that she had retreated from the world and developed agoraphobia after again quitting the band and moving from California to Kent, southeast England.

In a statement on Twitter, the band said: “There are no words to describe our sadness at the passing of Christine McVie. She was truly one-of-a-kind, special and talented beyond measure.

Gujarat Votes: Ground Report From The Heart Of Saurashtra