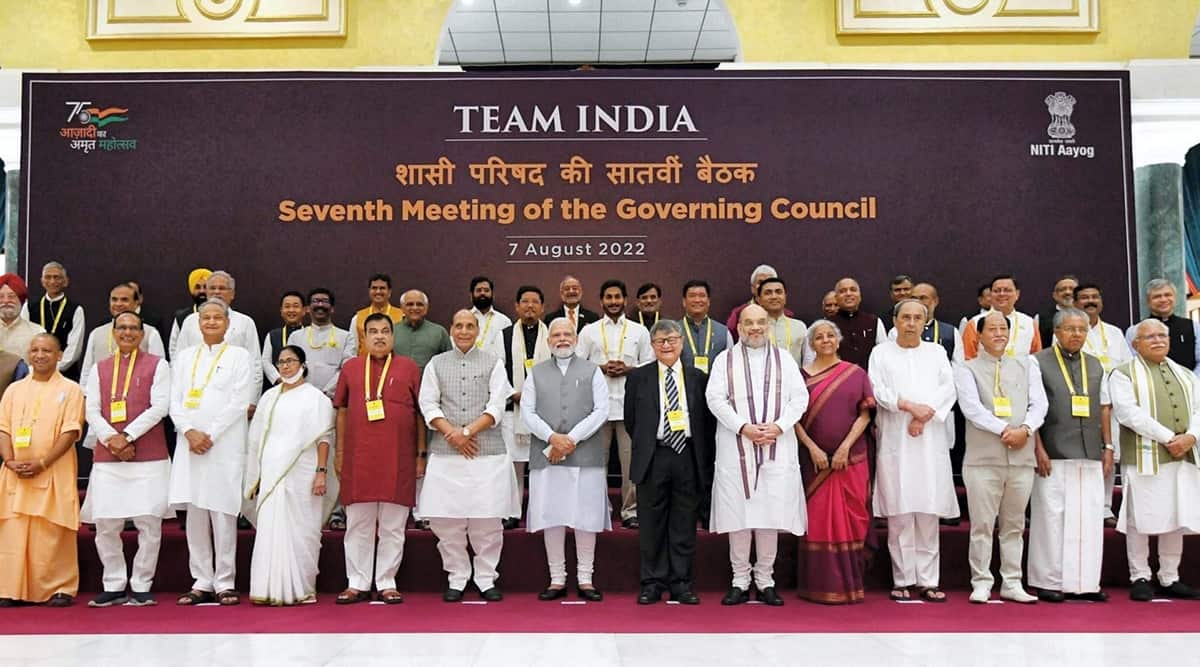 PRIME MINISTER Narendra Modi on Sunday praised the Godhan Nyay Yojana initiated by the Congress-led government in Chhattisgarh, saying the scheme is in the interest of farmers as vermi-compost prepared from cow dung helps in increasing productivity of the field.

The Prime Minister was speaking at the 7th Governing Council meeting of NITI Aayog, which was attended by Chief Ministers from all states.

He suggested that agricultural research institutes should be given the responsibility of providing free seeds of newly developed crop varieties, mini kits and breeder seeds on a large scale to ensure crop diversification and increase in the production and productivity of pulses, oilseeds.

He said Chhattisgarh is self-sufficient in production of food grains and has taken many innovative measures to increase the production of pulses and oilseeds in the state.

Elaborating on the measures being taken, he said to promote crop diversification the state government has started implementation of Mukhyamantri Vriksharopan Protsaahan Yojana, under which a provision has been made to provide Rs 10,000 per hectare to farmers who cultivate pulses, oilseeds or do plantation instead of paddy. Along with Rajiv Gandhi Kisan Nyay Yojana, Chhattisgarh Millet Mission has also been constituted.

The Chief Minister said that NITI Aayog has appreciated the better performance of the aspirational districts in the state in the past three and a half years. But there are still resource problems in the state, which should be resolved. He also urged for relaxation under Forest Conservation Act in setting up of 5 MW solar power plants in the 10 aspirational districts of Chhattisgarh.

Regarding implementation of the National Education Policy, the Chief Minister said that many important steps have been taken in this direction in the state. With the objective of providing good quality infrastructure, equipment, educational and co-curricular activities in the government schools, the state government has started Swami Atmanand Excellent English Medium Schools in Chhattisgarh.

On the agenda of urban administration, he said Chhattisgarh has won the state clean survey for three consecutive years. Better work has been done in solid waste management in the urban areas.

He also suggested that MGNREGA should be implemented in rural areas located near cities and cities with population of less than 20,000. In addition to the agenda points related to the meeting, the Chief Minister also spoke on various schemes and topics related to the state interest.

He reiterated the state’s demand of GST compensation, transferring of the amounts collected as ‘additional levy’ from coal block companies and reimbursement of expenditure of Rs 11,828 crore made by the state government for eradication of Left Wing Extremism.

He said Chhattisgarh has received less shares of central taxes by Rs 13,089 crore in the Union Budget of the past three years, resulting in extreme pressure on the state’s resources. In the coming Budget, the share of central taxes should be given to the state completely.