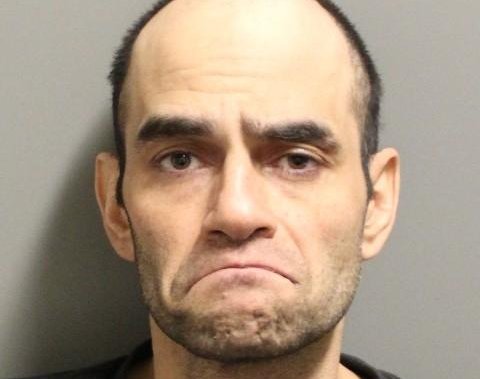 Kelowna RCMP caught a criminal red-handed Sunday, while he was attempting to break into a local business.

Police responded to a call from a local business owner on Jan. 15, stating he had real-time surveillance footage of a man trying to break into his business in the 2500 block of Enterprise Way.

The business owner told Mounties the suspect was using a hammer to try to break into trailers on a construction site around 10 a.m.

Officers quickly arrived at the scene and caught the suspect in the act, with a hammer in hand.

Initially, upon arrest, the suspect gave RCMP a fake name. Once he was transported to cells, however, police positively identified him as Saeed Abbas, a 43-year-old who was known to RCMP.

At the time of Abbas’ arrest, he was carrying a duffel bag in which police found a replica pistol and several break-and-enter tools.

Abbas has no fixed address in Kelowna and police have recommended several charges against him, including one count of break-and-enter, one count of property obtained by crime, one count of possession of break-in tools, one count of obstructing a police officer and three counts of breach of release orders.

“The Kelowna RCMP work hard to put offenders like this in jail and are thankful that the justice system has remanded Mr. Abbas until Jan. 20,” said media relations officer Const. Mik Della-Paolera.

Della-Paolera added that additional charges are being investigated and will soon be forwarded to the BC Prosecution Service for consideration.