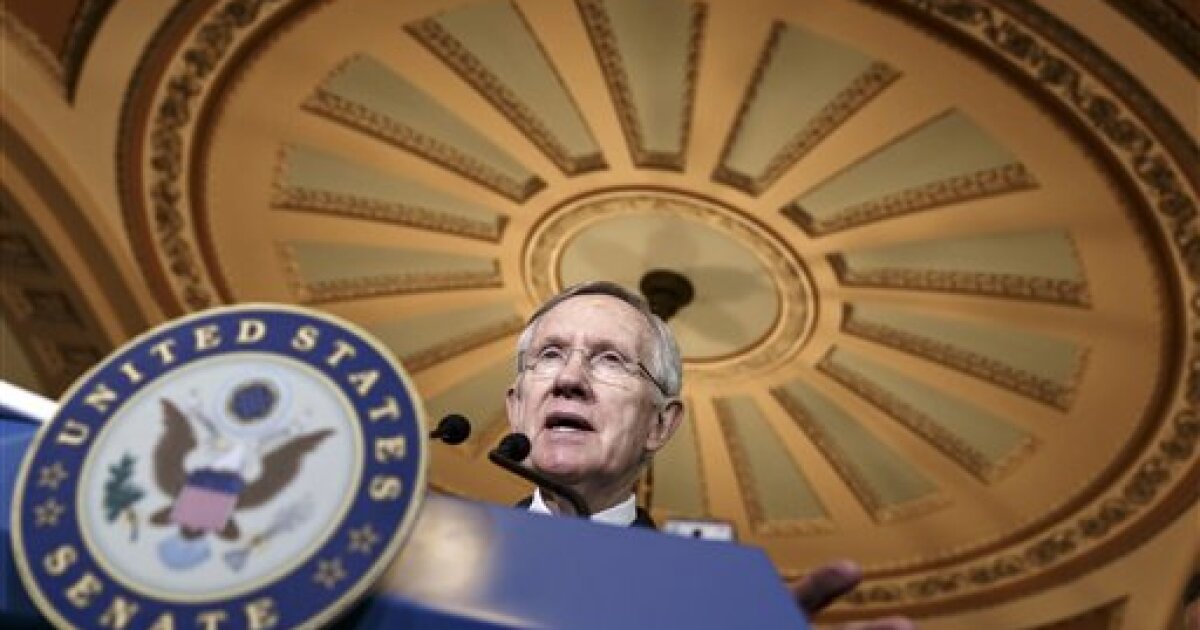 Harry Reid, who died Tuesday, was right to “go nuclear” in ending the Senate filibuster for most presidential nominees, including for lower court judgeships That action in 2013 could be perhaps the most enduring legacy of his eight years as Senate majority leader.

At the time, I didn’t think he was justified. But after years of reporting, I changed my mind. Reid was a self-professed fighter, literally as a former boxer, and figuratively in the Senate. And the brazen obstruction of the Republicans left him little choice.

To end or change the filibuster is easy, in theory. By a simple majority vote, senators could repeal or alter the rule that allows a minority to block action unless the other side musters a 60-vote supermajority to force a bill’s passage or, in the past, a nominee’s confirmation. But they call it a “nuclear option” for a reason.

Jackie Calmes brings a critical eye to the national political scene. She has decades of experience covering the White House and Congress.

While both parties fulminated for years about the other’s obstructions when each had a majority, each avoided tampering with the filibuster, fearing that whichever party ended it would be disarmed, once back in the minority, of its best weapon against the majority’s bills and nominees.

Also, some in both parties long contended that the threat of filibusters encouraged the two sides to compromise. Some still do, but they’re wrong. Compromise has become anathema for most Republicans (see: Sen. McConnell, Mitch).

In 2013, Reid finally had enough after years of Republican obstructions of President Obama’s legislative priorities and, especially, of his judicial nominees.

Six weeks after Obama took office in 2009, all 41 Republican senators — just enough to sustain a filibuster — had signed a letter telling him they’d oppose any nominee for a judgeship unless Obama had advance approval of a Republican senator from the nominee’s state.

Obama had already consulted with Republican Sen. Richard Lugar of Indiana before nominating a federal district judge from Indiana, David Hamilton, to the federal appeals court for the 7th circuit. Yet McConnell lined up every other Republican against Hamilton.

The White House and Senate Democrats, including Reid, were stunned. Republicans’ message was clear: “They are not going to give Obama anyone without a fight,” Vermont Sen. Patrick Leahy, the Democratic chairman of the Senate Judiciary Committee, told his staff.

For Obama’s entire first term, for example, Republicans prevented him from filling four vacancies on the D.C. Circuit Court of Appeals, second in prestige to the Supreme Court. They argued, as they had in the Clinton administration, that the D.C. court wasn’t busy enough for more judges. During George W. Bush’s presidency, however, Republicans had made sure the Senate confirmed three of his nominees to the court.

That’s a lament common among Democrats today. But in 2013, Democratic senators were still loath to break the institution’s norms.

Yet when Republicans continued their obstruction into Obama’s second term, Reid dropped his longtime opposition to the nuclear option. On Nov. 21, 2013, he led Democrats in nuking the filibuster rule for nominations other than for the Supreme Court. Some Democrats went along reluctantly, including New York Sen. Charles E. Schumer, Reid’s successor as Democratic majority leader. Three Democrats voted no, including West Virginia Sen. Joe Manchin.

“You will regret this,” McConnell said. Just over three years later, as majority leader, McConnell had his party end the filibuster for Supreme Court nominees, too. Donald Trump’s three picks — Neil Gorsuch, Brett Kavanaugh and Amy Coney Barrett — wouldn’t have been confirmed otherwise.

Some Democrats blame Reid for opening the door to McConnell’s action in 2017. But anyone who thinks McConnell wouldn’t have gone nuclear absent Reid’s precedent hasn’t paid attention to just how far McConnell will go to capture the courts for conservatives.

In the year after Reid’s nuclear strike, the Democrats were able to place more than 100 Obama nominees onto the federal bench before losing their majority. Most of those nominations would have been blocked by the Republicans otherwise.

In September, just three months before he died, Reid wrote that he was proud of what he’d done. He had every right to be.

Why L.A. D.A. Gascón reversed himself on sentencing of woman who...