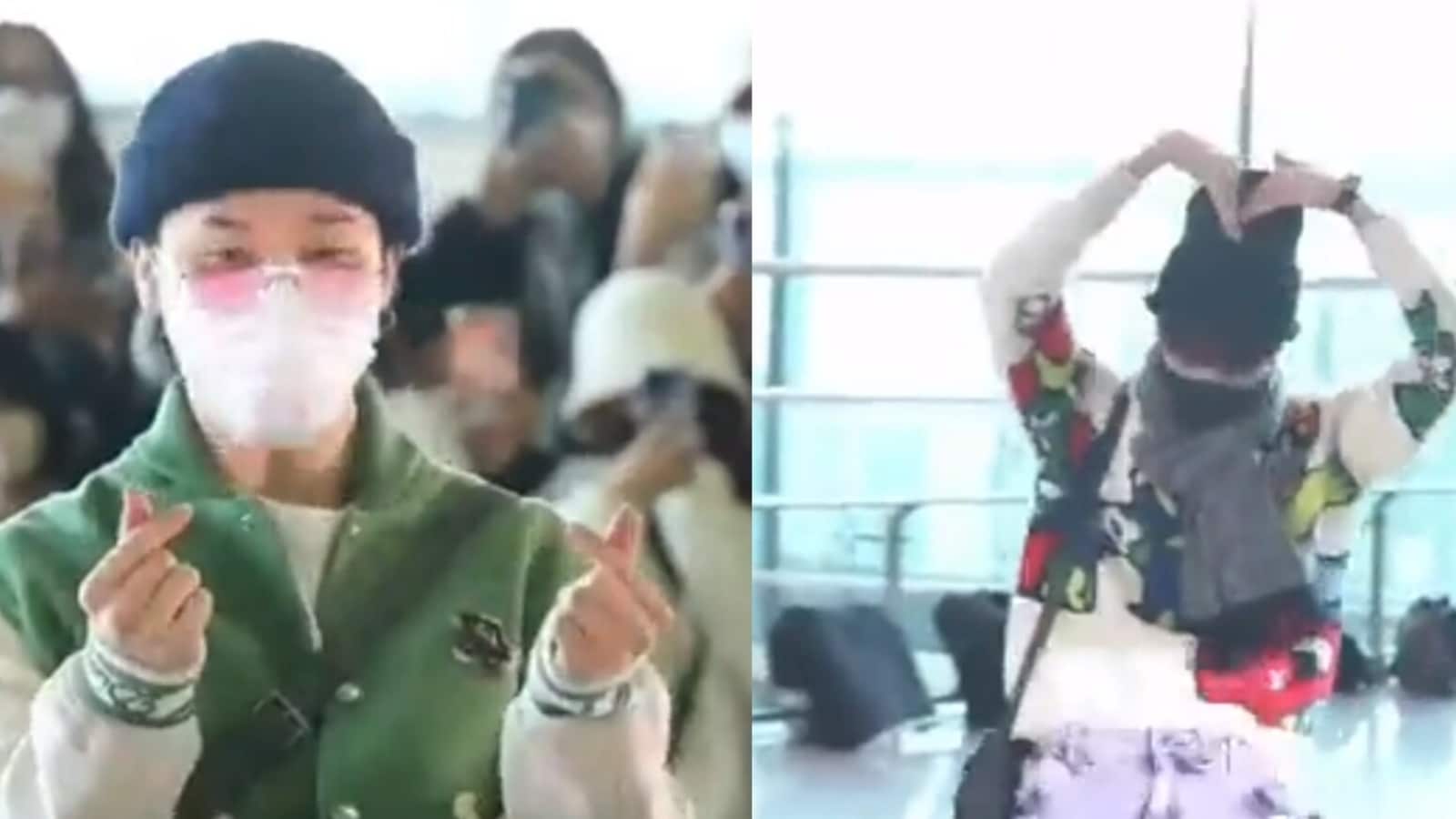 BTS members Jimin and J-Hope are all set to grace the Paris Fashion Week as they were snapped leaving from the Incheon airport. While this will be Jimin’s first fashion event after Dior announced him as their global brand ambassador, Hobi has been invited again to Louis Vuitton’s show. At the airport, the members conveyed their love towards the fans, aka BTS Army, who came to catch a glimpse at the airport. Also read: BTS’ Jimin to release solo album in February? Agency Big Hit reveals the truth

Many photos and videos from the airport have now surfaced on Twitter. Going by them, J-Hope greeted his fans with an impromptu performance for his entry. He went on to make a heart sign. Jimin, on the other hand, stood sincerely in front of fans and bowed to show his gratitude. He also flashes singer hearts to convey his love for them.

J-Hope had a quirky look, which included a vividly coloured sweater, paired with denim pants and a beanie. He also carried an expensive bag and scarf to complete the look. Jimin arrived in a green and white varsity jacket. He wore jeans and elevated the look with pink-tinted sunglasses, a black beanie and a bag.

Last year, it was V aka Kim Taehyung who attended the fashion week in Paris. He was at Celine’s show with K-drama actor Park Bo Gum and Blackpink’s Lisa.

BTS which consists of RM, Jin, SUGA, J-hope, Jimin, V and Jung Kook, is currently focusing on solo careers. Park Jimin will be the next member to release his full solo album. He recently collaborated with Bing Bang’s Taeyang on the music video, Vibe.

Meanwhile, Jin is the only BTS member who is serving in the South Korean army. On Wednesday, he shared pictures and a message for fans for the first time on Weverse. The photo featured him in his uniform. Sharing the pictures, Jin wrote, “I’m enjoying my life. I’m posting pictures after getting permission from the military. ARMY, be happy and take care.”

This is the first update from Jin personally after he enlisted in the mandatory army service. Other members will soon follow him. They are estimated to reunite as a group in 2025.