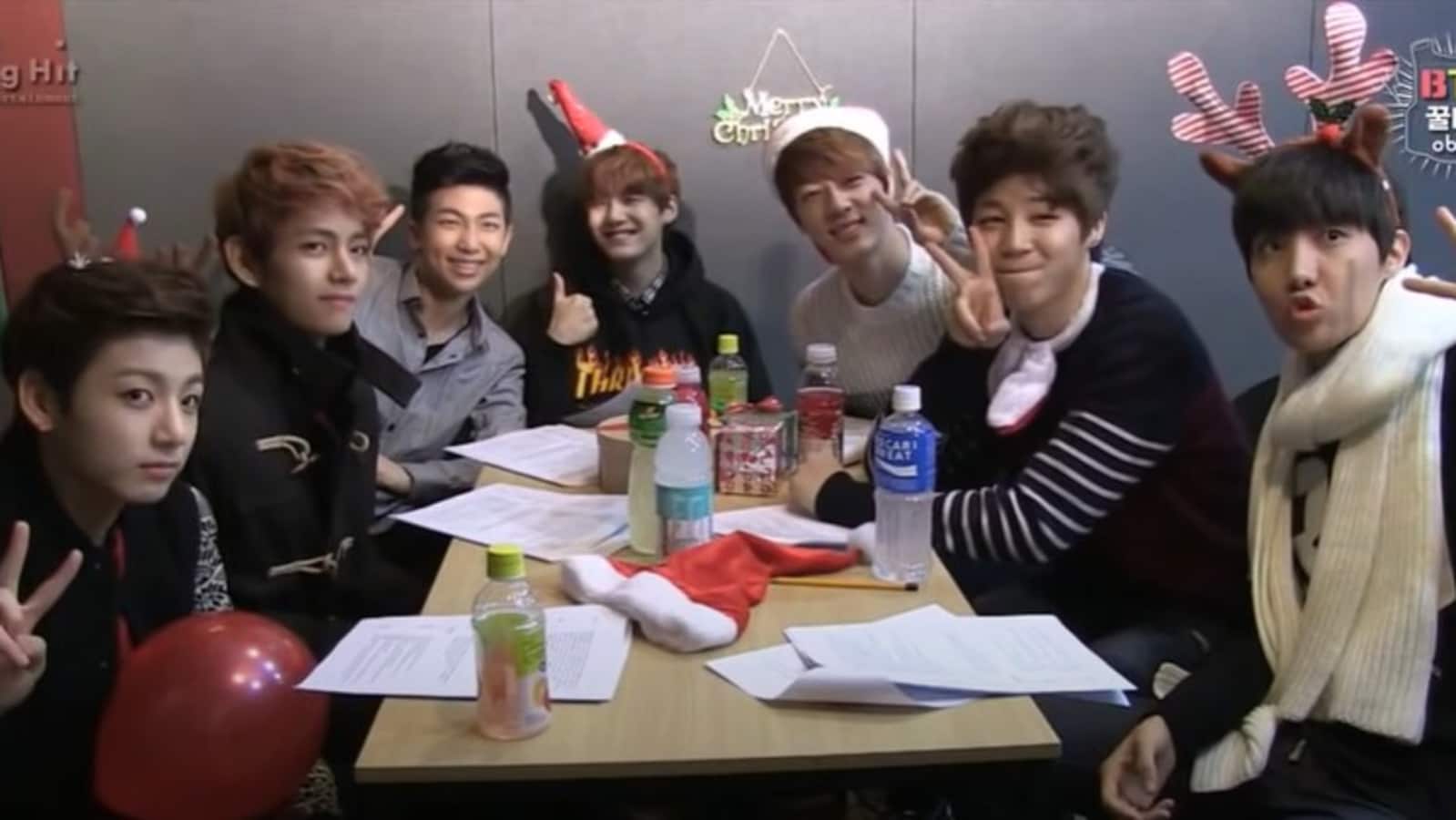 Since their debut, BTS has spent most Christmases together. While the members drop new content–videos, wishes, etc– on the occasion, they have also made some happy memories. However, did you know, on their first Christmas after debut, RM, Jin, Suga, J-Hope, Jimin, V and Jungkook came together for Suga’s radio show Honey FM 06.13?

The special featured the members talking about Christmas and reading out ‘the most saddening Christmas’ stories sent to them by about 800 fans. A video of the same was shared on YouTube.

The radio show began with Suga revealing that as trainees, BTS celebrated Christmas eve by having just chicken breast. However, in 2013, after they debuted and won the Best Rookie Award, their boss took them out for a treat and the group had meat.

The members then joined Suga and they spoke about their Christmas songs – A Typical Trainee’s Christmas, which was a cover of Wham!’s famous Christmas song, and RM and Jungkook collaborating with the seniors at the then Big Hit Entertainment (now HYBE) for Perfect Christmas among other things. The members also teased each other.

After that ended, Suga revealed he had reached out to the fans during his recovery from the operation he had a few months before Christmas and asked them to send across their stories.

“Welcome to Bangtan Honey, the topic is, ‘The most saddening Christmas in your life!’ While I was resting, after my surgery, lying down on the bed was very boring. That’s why through the (BTS) blog, I asked fans to send a few stories,” Suga said.

“About 700-800 people shared their stories. We picked out a few for this segment. So after reading the story, we will also recommend a song that fits the story,” he added, asking each member to read out one story.

The subjects of the stories ranged from a fan talking about being single to spending Christmas alone, away from the family.

This year, fans were hoping that BTS members would spend Christmas with their respective family. However, RM is still in quarantine after he returned from the US following his vacation and Suga, too, is in quarantine, having tested positive for Covid-19. Fans have been sending their love to the rapper, hoping he’d recover soon.

Shruti Haasan on ‘Bestseller’: It feels serendipitous that Mithun Da was...