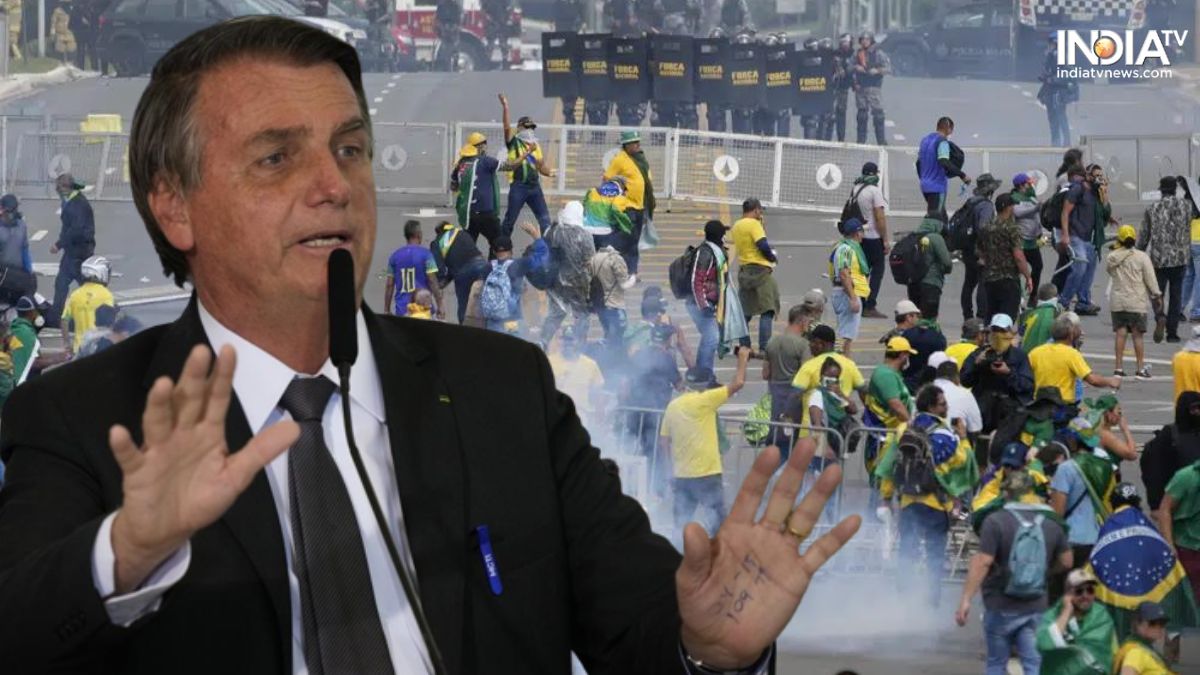 Brazil riot: As part of a broader crackdown to hold responsible parties to account, a Brazilian Supreme Court justice authorized to initiate a probe against former President Jair Bolsonaro to find out who incited the riot in the nation’s capital on January 8.

According to reports, Justice Alexandre de Moraes accepted the request of the prosecutor general’s office, which cited a video Bolsonaro posted on Facebook two days after the riot. The video claimed that  Luiz Inácio Lula da Silva was not elected President of Brazil, but rather chosen by the country’s electoral authority and the top court.

Although Bolsonaro deleted the video later, prosecutors in the recently formed group to combat anti-democratic activities claimed that its content was adequate to support an investigation into his actions. Notably, Bolsonaro has chosen to refrain from commenting on the election since his October 30 defeat.

However, he persistently fostered doubt about the reliability of the electronic voting system prior to the election, filed a request to wipe out millions of votes cast using the machines afterward, and never conceded.

According to reports, Brazilian authorities are investigating who enabled Bolsonaro’s radical supporters to storm the Supreme Court, Congress and presidential palace in an attempt to overturn results of the October election.

Targets include those who summoned rioters to the capital or paid to transport them, and local security personnel who may have stood aside to let the mayhem occur.

Much of the attention thus far has focused on Anderson Torres, Bolsonaro’s former justice minister, who became the federal district’s security chief on January 2, and was in the US on the day of the riot.

De Moraes ordered Torres’ arrest this week and has opened an investigation into his actions, which he characterized as “neglect and collusion.”

In his decision, which was made public Friday, de Moraes said that Torres fired subordinates and left the country before the riot, an indication that he was deliberately laying the groundwork for the unrest.

The court also issued an arrest warrant for the former security chief, and he must return within three days or Brazil will request his extradition, Justice Minister Flávio Dino said Friday.

“If by next week his appearance hasn’t been confirmed, of course, we will use mechanisms of international legal cooperation. We will trigger procedures next week to carry out his extradition,” Dino added, as per the Associated Press (AP).

(With inputs from AP)

From Pavan Varma to Babul Supriyo: List of leaders who switched...