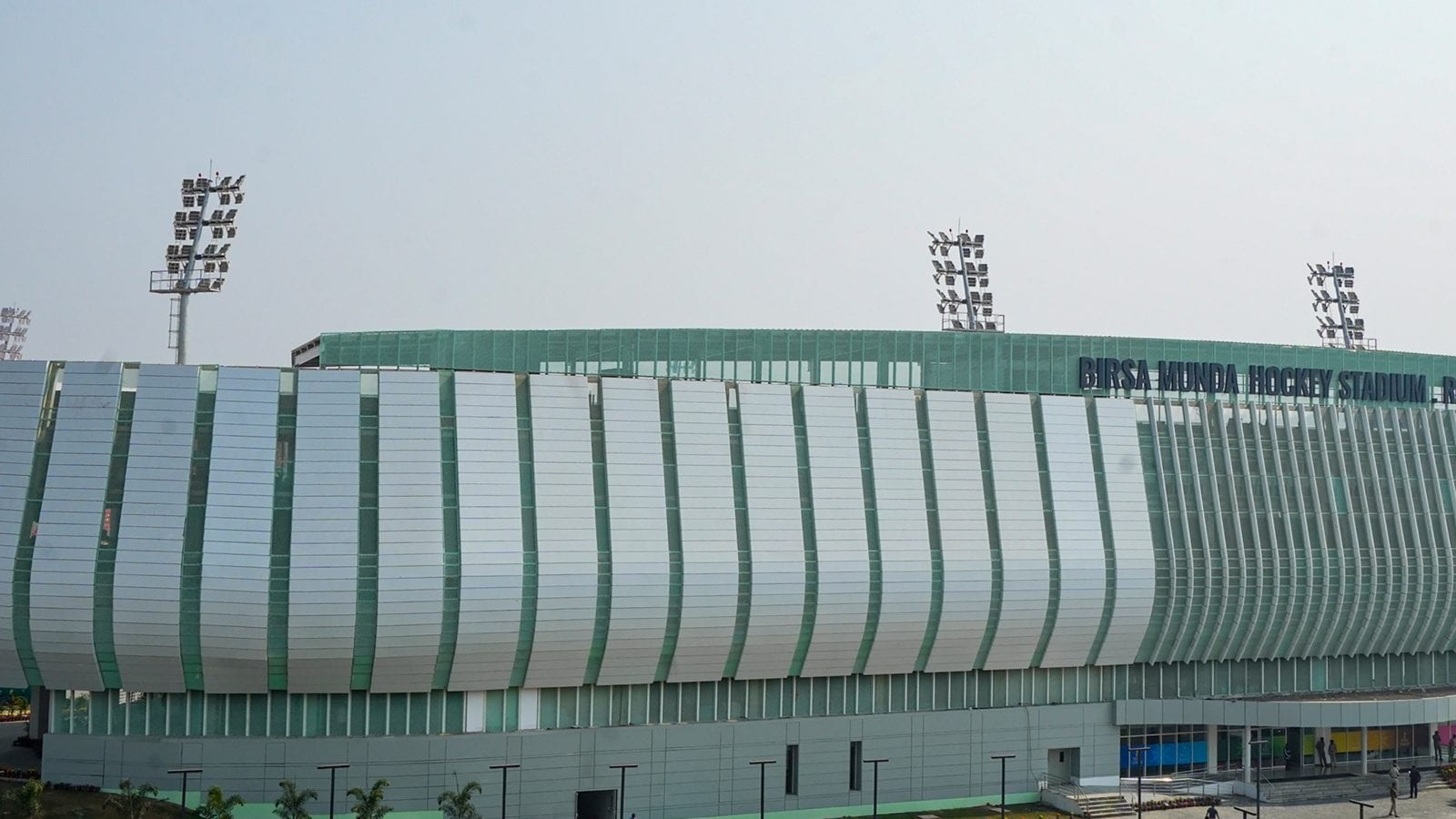 There is no official list of the world’s largest hockey stadiums. (PTI Photo)

The World Cup matches began at the stadium on Friday, just days after its inauguration and without hosting any senior international event or match before the showpiece

The International Hockey Federation (FIH) has told PTI that the brand new Birsa Munda Stadium is the world’s largest all-seater field hockey-specific arena and called it a “work of art”.

The FIH’s confirmation put at rest the controversy surrounding the 21,000 capacity facility after the Odisha government claimed that it is the world’s largest stadium.

After the inauguration of the magnificent stadium named after Indian tribal freedom fighter Birsa Munda, Odisha government officials have claimed that it was the largest largest venue in terms of sitting capacity.

But BJL MLA Shankar Oram, from Biramitrapur in Sundergarh district, had counter-claimed that the stadium is not the largest but fourth in the world.

But the FIH said that the state-of-the-art stadium, at the outskirts of the Steel City of Rourkela, is indeed the largest all-seater field hockey stadium.

“This stadium is not only a work of art in terms of architecture but also the largest all-seater field hockey-specific arena in the world,” the FIH said in an e-mail.

The World Cup matches began at the stadium on Friday, just days after its inauguration and without hosting any senior international event or match before the showpiece.

The world body chose not to reply on the issue but said that it was never in doubt about the readiness of the stadium for the World Cup.

“But in any case we were in permanent touch with Hockey India and Odisha regarding the organisation of the World Cup and never had any concerns regarding the readiness of the Birsa Munda Hockey Stadium in Rourkela,” FIH’s senior communications manager Nicolas Maingot said.

Oram had claimed that the National Hockey Stadium in Pakistan’s Lahore, with a capacity of 45,000 people, is the world’s largest, followed by Chandigarh Hockey Stadium (30,000) and Weingart Stadium (multipurpose) in Los Angeles in the US (22,355). Kalinga Stadium in Bhubaneswar, which is hosting 24 matches of the World Cup, has a capacity of 15,000.

There is no official list of the world’s largest hockey stadiums.

A stadium packed to the brim watched India outclass Spain in their opening Pool D match on Friday after England and Wales played the first ever international match earlier in the day.

The Birsa Munda Stadium was built in a record time of 15 months to host the World Cup matches. The stadium will host 20 of the 44 matches of the tournament.

The 200-crore stadium has been built on an area of 35 acres inside the 120-acre campus of the Biju Patnaik University of Technology at the outskirts of Rourkela.

It is a unique stadium as it houses an accommodation worth Rs 80 crore — called World Cup village — which has over 200 rooms that can house at least eight teams and star facilities serviced by Taj Group.

It also has a connecting tunnel between the dressing room and the adjacent practice pitch, a separate fitness centre and a swimming pool.

Coaches and players across the 16 participating teams have nothing but admiration for the stadium.

Xavi’s tiki-taka vision thrills Camp Nou — but can it last?