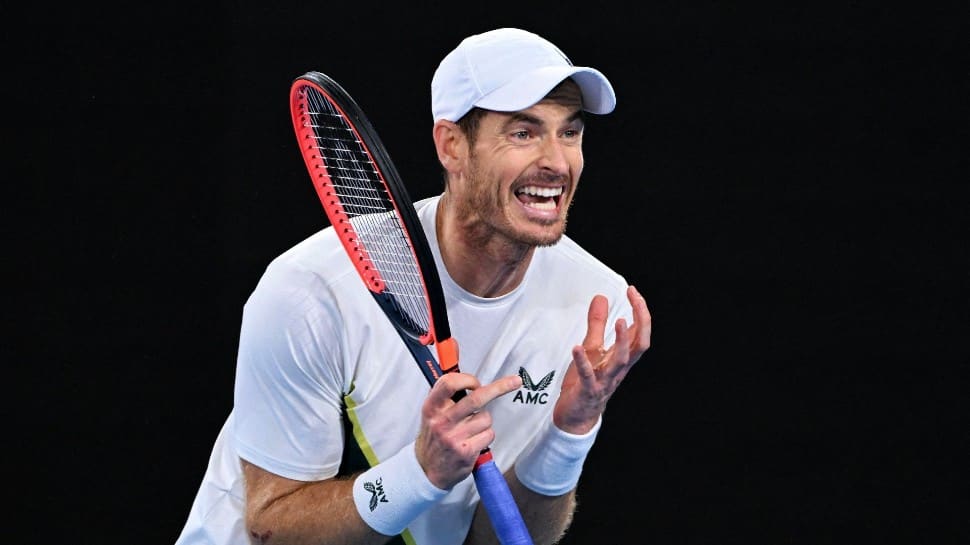 The times on the clock shifted from pm to am, the day from Thursday to Friday, and Andy Murray never wavered, never relented, no matter that he faced a two-set hole at the Australian Open, no matter that he is 35 and possesses an artificial hip, no matter that this was the longest and latest-finishing match of his long, illustrious career. His explanation was simple: “I have a big heart.”

The three-time major champion and 26-year-old Australian Thanasi Kokkinakis stared down exhaustion and each other for 5 hours, 45 minutes of compelling theater in a second-round contest at Melbourne Park until Murray emerged with a 4-6, 6-7 (4), 7-6 (5), 6-3, 7-5 victory that ended a little after 4 am.

“The match was obviously very up and down. There was frustration in there. There was tension. There was excitement and all of that stuff,” Murray told reporters gathered in a stadium hallway after his 11th career comeback to win after dropping two sets, the most among active players.

“I mean, look, it is obviously amazing to win the match,” he continued with a chuckle, “but I also want to go to bed now. It’s great. But I want to sleep.”

How tight was this? Murray won 196 points, Kokkinakis 192. And how high was the quality of play? They combined for 171 winners to only 107 unforced errors in the chill of a temperature that dipped below 60 degrees Fahrenheit (15 degrees Celsius), delighting the hundreds of enthusiastic and loud spectators who remained in the blue seats.

They waved flags and cheered raucously throughout, delighted by the extreme effort and excellence displayed by both men. No matter who folks were cheering for, they were sure to leave with a great story to tell. “Amazingly, people stayed until the end,” said Murray, who won the US Open in 2012, Wimbledon in 2013 and 2016 and is a five-time runner-up at the Australian Open. “I really appreciate people doing that and creating an atmosphere for us.”

He was, understandably, not pleased by the circumstances and the late hour. “I don’t know who it’s beneficial for,” Murray said. “A match like that, we come here after the match and that’s what the discussion is: Rather than it being ‘epic Murray-Kokkinakis match,’ it ends in a bit of a farce.”

Somehow, it was not the latest finish in Australian Open history. A 2008 match at the tournament between Lleyton Hewitt and Marcos Baghdatis concluded at 4:34 am, the record for any Slam.

This was Murray’s second consecutive five-setter: He eliminated No. 13 seed Matteo Berrettini on Tuesday. Kokkinakis is ranked 159th and has never been past the third round at a Grand Slam tournament.

He could have closed out the proceedings far earlier, having taken the opening two sets and been up a break in the third. But serving at 2-0, 40-all, he was cited by the chair umpire for taking too much time before a serve and let it get to him. First Kokkinakis lost the argument, then he lost his focus, getting broken there and destroying his racket by spiking it on the court.

Still, he served for the match at 5-3 in that set, and came within two points of victory, before Murray pulled it out when Kokkinakis flubbed a volley to cede the eventual tiebreaker. In the fourth, Murray was the aggressor and never seemed sapped of energy, at one point waving his arms and even doing jumping jacks to fire up his supporters. His mother, Judy, repeatedly rose to her feet to clap and yell; his coach, Ivan Lendl, did not, sticking in his seat.

When Murray delivered a second-serve ace at 2:59 am, more than 4 1/2 hours into the proceedings, he owned the fourth set and forced a fifth. He was angry that the chair umpire would net let him take a bathroom break in the late going, saying afterward: “It’s 3 in the morning, and I’ve been drinking all day.”

That last set was, appropriately, even as can be for 10 games. There were zero breaks of serve until Murray finally converted his eighth chance of that set with a forehand winner to lead 6-5. He strutted to the sideline, shaking his neon-colored racket.