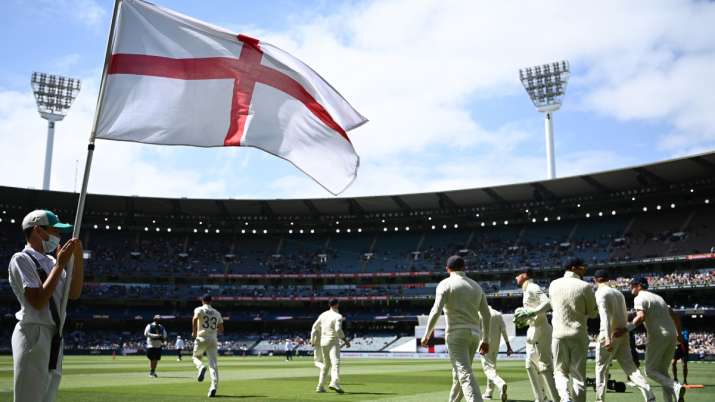 Day 2 of the third Ashes cricket test between Australia and England got a slight delay of 30 minutes on Monday at Melbourne Cricket Ground after a COVID-related scare within the England camp.

“Our players have been given the all clear to play today and have arrived at the ground,” England Cricket tweeted.

Earlier, England Cricket had tweeted that “The England team and management are currently at the team hotel awaiting results of RFT COVID tests following a positive test in the team’s family group.”

“Cricket Australia has been informed that two members of the England cricket team’s support staff and two of their family members have returned a positive COVID-19 Rapid Antigen Test,” the statement said.

“The affected individuals are currently isolating. The entire playing group and all other support staff have undertaken Rapid Antigen Tests this morning and all have tested negative. The England cricket team will also have PCR tests today, and both teams will take extra precautions throughout play.”

Australia captain Pat Cummins was unable to play in the second test match in Adelaide after becoming a close contact of a COVID-19 case while having dinner in a restaurant.

Since the start of the pandemic in 2020, England’s tours of South Africa and Sri Lanka were abandoned mid-tour due to COVID concerns, and this current tour of Australia was only approved after extensive negotiations over protocols in various Australian states.

Australia leads the five-match series 2-0, which means England needs to win all three remaining matches to regain the Ashes.

I call myself ‘spin-fast’ bowler who prefers bowling at 100 kmph...