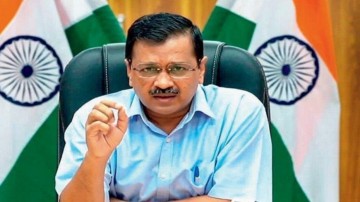 Aam Aadmi Party (AAP) will host a ‘Peace March’ in Patiala on 31st of December under the leadership of AAP National Convener and Delhi Chief Minister Arvind Kejriwal, informed AAP Punjab President and Member of Parliament Bhagwant Mann. Mann said that this procession will be dedicated to peace and prosperity of Punjab.

In a video message released by Aam Aadmi Party on Tuesday, Bhagwant Mann said, “For the last few days there has been attempts to disturb the otherwise peaceful atmosphere and brotherhood of Punjab, has it been sacrilege attempt at Sri Harmandir Sahib or Ludhiana Court blast. But Punjab is known for its social bonding and brotherhood. People of Punjab, irrespective of their religion or cast, have no tolerance for hatred or undercurrent fear.” He also raised questions about the frequency of such incidents near Assembly elections and said that it is an outcome of dirty politics that seek to fulfill their electoral agenda by hurting the sentiments or lives of people.

Mann added that this procession is being hosted with a prayer and hope in our hearts for the peaceful inhabitation and prosperity of Punjab. He urged people to be part of this procession in maximum numbers to tell all the anti-social elements that Punjab will never let such evil-minded attempts to succeed here. He reiterated that our rapport has faced challenges time and again and have always come out victorious and this time will be no different.

Sonia And Rahul Gandhi Summoned By Enforcement Directorate For Questioning