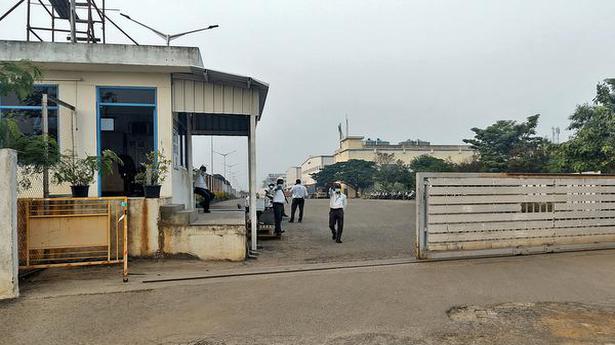 Apple Inc. has placed iPhone assembler Foxconn’s Sriperumbudur facility “on probation” after both companies found that the workers’ dormitory accommodations and dining rooms did not meet the required standards.

“Foxconn’s Sriperumbudur facility has been placed on probation and we will ensure our strict standards are met before the facility reopens. We will continue to monitor conditions closely,” an Apple spokesperson said. The company did not explain what exactly this probation meant but said that: “We hold our suppliers accountable to the highest standards in the industry and regularly conduct assessments to ensure compliance.”

Earlier this month, women workers at Foxconn’s plant in Sriperumbudur staged a protest after many of their colleagues were hospitalised due to alleged food poisoning. It was later found that there had been an outbreak of acute diarrhoeal disease and 159 employees had been admitted to various hospitals, and of this, 155 were discharged on December 18. The other four employees were also discharged the same week. The plant pulled its shutter down after this incident. Details on when the plant would resume operations were not provided.

According to the Apple spokesperson, following recent concerns over conditions pertaining to food safety and accommodation at Foxconn Sriperumbudur, independent auditors were dispatched to undertake additional detailed assessments. During the assessment, it was found that some of the remote dormitory accommodations and dining rooms being used for employees did not meet the requirements. “We are working with the supplier to ensure a comprehensive set of corrective actions are rapidly implemented,” the spokesperson said.

The Foxconn Technology Group also said that that the safety and well-being of its employees was top priority. “We have been investigating recent issues at our Sriperumbudur facility in Tamil Nadu and have found that some offsite dormitory facilities do not meet the required standards,” the company said. The organisation added that it has been taking immediate steps to enhance the facilities and services provided at the remote dormitory accommodations.

The company further said that it was restructuring its local management team and management systems to ensure and maintain the high standards that are needed. “All employees will continue to be paid while we make the necessary improvements before restarting our operations and we will continue to provide support for our employees as they return to work,” the company said.

In December 2020, Apple placed Taiwan-based Wistron Corp on probation and said that they will not receive any new business from Apple before they complete corrective actions. Apple arrived at this decision after it found that some workers at Wistron’s plant in Karnataka had not been not paid properly.