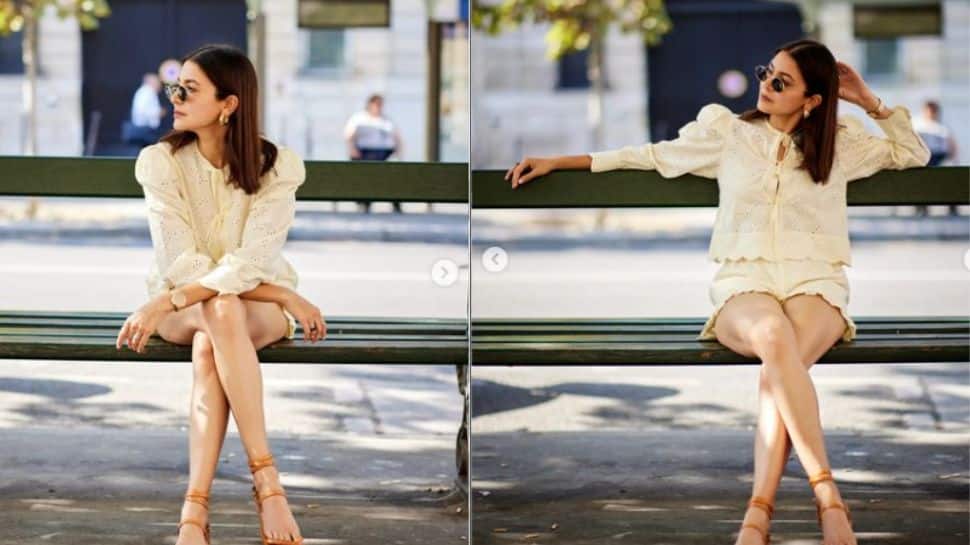 New Delhi: On the 90th birth anniversary of legendary filmmaker Yash Chopra, actor Anushka Sharma penned down a sweet note along with a picture on social media.

Anushka made her debut in the film industry with Yash Chopra`s movie `Rab Ne Bana Di Jodi` alongside Shah Rukh Khan in 2008 and later also worked with him in `Jak Tak Hai Jaan` movie.

Actor Ayushmann Khurrana also remembered Yash Chopra and posted a picture of him shooting. Along with a song `Kabhi Main Kahoon` from one of the director`s iconic movies `Lamhe` on his Insta story. Alongside the picture, he wrote, “Yashji birth anniversary.”

It was Yash Chopra who redifined Indian cinema by spreading romance and love through his films. From Raj-Simran to Veer-Zaara, the late director had given iconic love stories to Hindi cinema in his career spanning six decades. Yash Chopra is a name that will forever be etched in our hearts.He died on October 21, 2012, just a month before the release of his last film, `Jab Tak Hai Jaan`.

Meanwhile, on the work front, Anushka is currently shooting for her next film `Chakda Xpress`. The film which is a sports biopic based on the life of Indian cricketer Jhulan Goswami, which will stream exclusively on Netflix. The final release date of the film is still awaited. The `Ae Dil Hai Mushkil` star will be portraying the role of a cricketer for the first time in her career and she announced her comeback film with a special announcement video at the beginning of 2022.

Jhulan is a role model for aspiring cricketers in the country. In 2018, an Indian postage stamp was issued in her honour. Jhulan holds the world record for the highest number of wickets taken by a woman in an international career.The actor took a long break from her professional life after she welcomed her first child, her daughter Vamika, as she wanted to spend time with her and after a long wait, the `Jab Harry Met Sejal` actor is all set for her comeback.