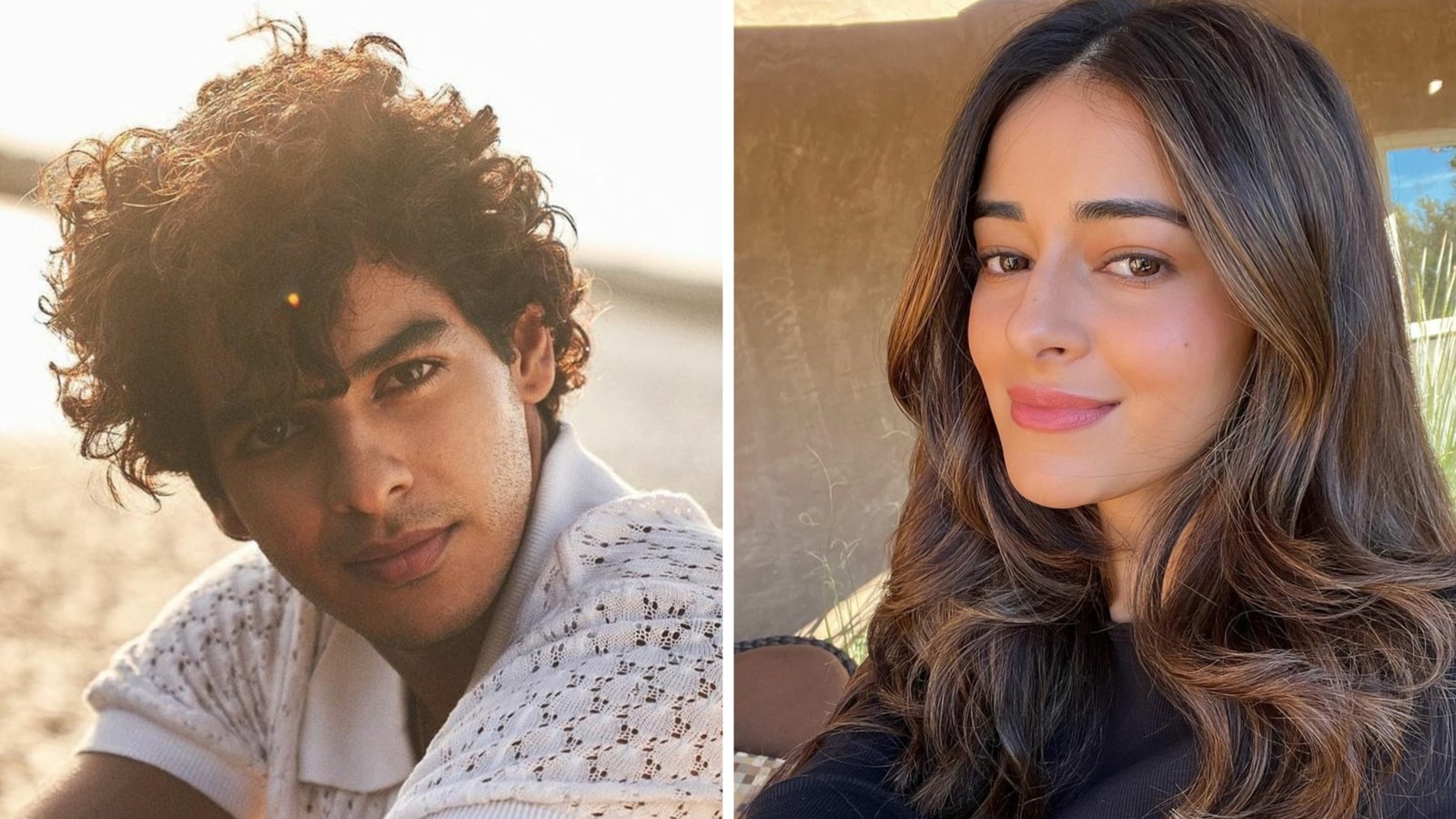 Ananya Panday and Ishaan Khatter were clicked by the paparazzi arriving together for what appears to be a screening of the Shahid Kapoor-starrer Jersey in Mumbai on Monday night.

Actors Ishaan Khatter and Ananya Panday have been rumoured to be dating for quite some time now, even as the two themselves have remained tight-lipped about addressing the speculation. The two young actors were clicked in Mumbai on Monday night, arriving together for what appears to be a screening of Jersey, which stars Ishaan’s older brother Shahid Kapoor.

The pap pics show Ananya and Ishaan in the car together, while another set of pictures show the two actors disembarking the car as they reach their destination. Ishaan can be seen dressed in military fatigues and a black jacket while Ananya is dressed in a casual black tank top with jeans. Shahid can be seen in the car in one of the pics as well. Reacting to the rumoured couple’s photos together, fans dropped comments like ‘aww’ and ‘uff’. “How cute they look,” wrote one netizen.

Ananya and Ishaan appeared together in the 2020 film Khaali Peeli. Their off-screen chemistry during the promotions of the film in Goa gave rise to rumours of them dating initially. The duo would often roam around the beach state in each other’s company. They reportedly walked hand-in-hand at Siddhant Chaturvedi’s Diwali bash later in the year, seemingly confirming the rumours. The two then flew off to Maldives to ring in the New Year together.

In October this year, after Ananya was questioned by the Narcotics Control Bureau over her alleged involvement in the drug case related to Aryan Khan’s arrest. Reports had indicated that it was Ishaan, who was her moral support through the time. He was seen visiting her house that week with a bouquet of flowers.

However, despite all the buzz in the media about their relationship, the two have never spoken in public about it. However, on Ananya’s birthday later in October, Ishaan did share a message on his social media when he wished her. Sharing two pictures of Ananya, including one from their Maldives vacation, Ishaan wrote, “May the truth, strength and love always be with you” with a heart icon.

‘Hang him’: Sakshi Agarwal comes out strongly against the Chennai stalker...