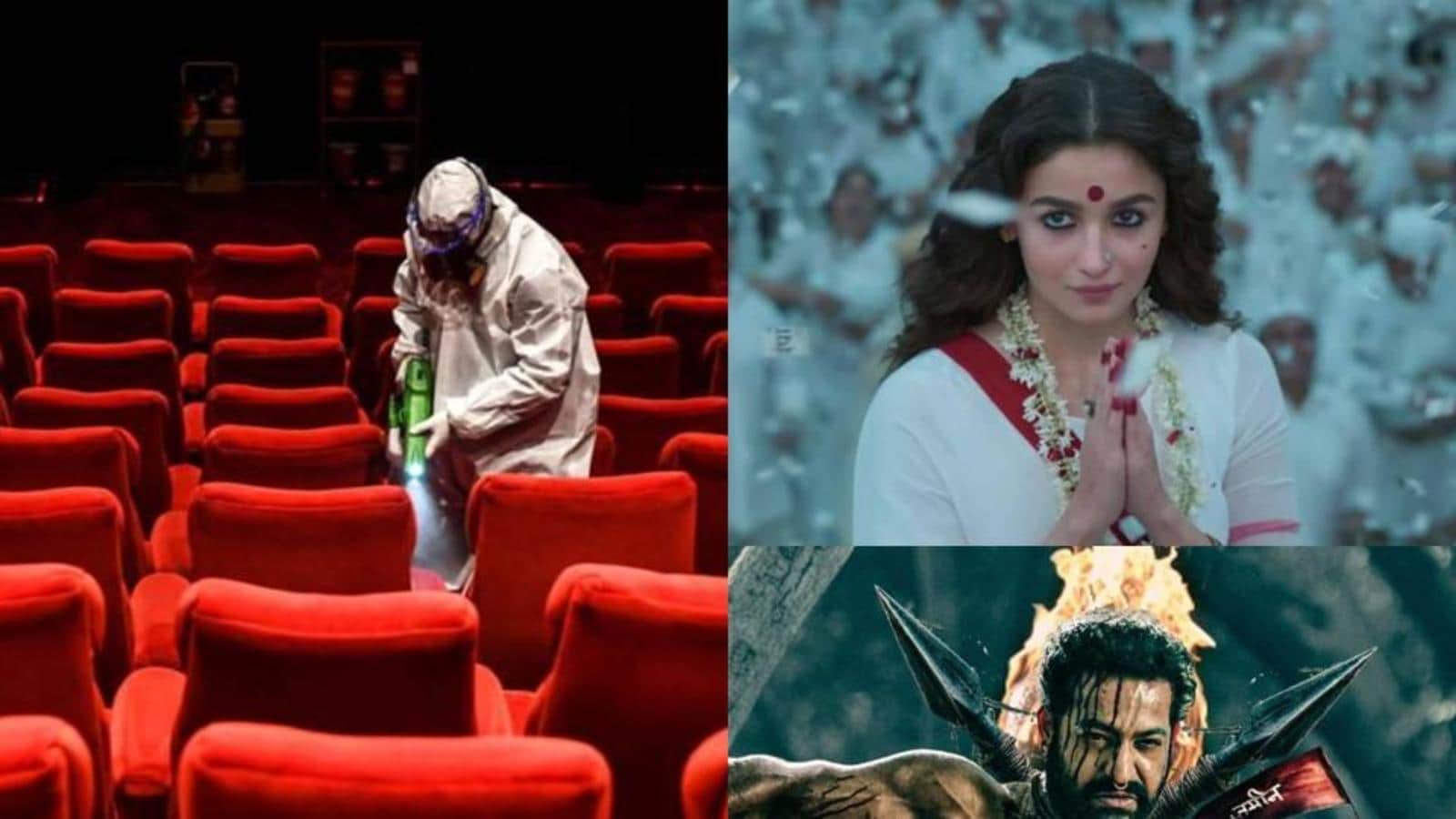 It’s the first day of 2022 but more than rejoicing, people are worried about a possible third wave of Covid-19. With the cases soaring, showbiz is facing the heat, too.

Films have started getting postponed, actors are testing positive which in turn could lead to their respective shoots getting stalled — there is a lot at stake. But people from the entertainment industry are hopeful.

Director Anees Bazmee, who has helmed Bhool Bhulaiya 2 with Kartik Aaryan and Kiara Advani, says, “We hope and wish aisa kuchh bhi na ho, jaisa lag raha hai. We have suffered, that is enough. If a lockdown happens again, people will suffer more than they did earlier. We all should pray together for this problem to go away from this world. The poor went through a lot. And look at our films. Jersey release se ek hafta pehle postpone ho gayi, the makers had to, they must have faced so many problems. You can’t make a fixed programme as it is all uncertain. Your tension levels increase, in a business which is anyway full of pressure.”

Many actors including Arjun Kapoor and Nora Fatehi, have tested positive. Trade expert Atul Mohan feels that people had started becoming lax in their approach towards the precautions. He blames it on the ‘chalta hai’ attitude once the shoots started.

“Nobody was taking good care, everybody thought we are coming back to normal. At the same time, it was not practically viable for the producers to have PPE kits, especially smaller filmmakers. They cannot have everyone wear PPE. Filmmaking is a very creative business, you have to work with a free mind. When you see people moving around in PPE suits and masks, it makes it very scary,” Mohan opines.

Filmmaker Madhur Bhandarkar says the industry had bounced back in recent times, with many films doing well at the box office.

“Sooryavanshi, Spider-Man: No Way Home and Pushpa are doing extremely well at the box office. Suddenly, we became soft targets, it comes on us only when we take utmost precautions like 50 percent occupancy in theatres. It is really sad. People have work, so much money is invested, we have gone through more than one and a half years of ups and downs, movies are getting shut, shooting is getting stalled,” says the National Award-winner, who has a release, India: Lockdown ,this year.

“I am hoping for the best. I am sure when things become normal, we will be back in theatres and the audiences will too,” adds Bhandarkar.

A glimmer of hope this year is the fact that almost every big star has a film planned for a release — Shah Rukh Khan returns with Pathan, Aamir Khan with Laal Singh Chaddha, Ajay Devgn with Maidaan and Runway 34, Akshay Kumar with Raksha Bandhan, and many more.

Producer Anand Pandit, who has Thank God lined up with Devgn, says, “Most important thing is well being of people around you. If they are alive, only then the industry is too. In all wisdom, we should go with what the government says. As far as production is concerned, it is up to the producers and respective actors whether they want to go for it or not. The shoot of Thank God is almost complete, we have time till July this year for the release, and Omicron hopefully will die down by February-March. We are not that worried.”

Amid all this, industry pleads for Delhi theatres to reopen. With the yellow alert in Delhi, cinema halls have been shut down. A lot of bigwigs from showbiz had reacted on social media and requested for them to reopen. Filmmaker Karan Johar took to Twitter and wrote, “We urge the Delhi Government to allow cinemas to operate. Cinemas are equipped with better ability to ensure a hygienic environment while maintaining social distancing norms as compared to other out-of-home settings. @LtGovDelhi @ArvindKejriwal @OfficeOfDyCM #cinemasaresafe” In an official release, Multiplex Association of India (MAI) President Kamal Gianchandani said that the Delhi Government’s decision to shut down Cinemas in Delhi while enforcing the ‘yellow’ alert has caused massive uncertainty and could lead to irreparable damage for the Indian film industry.