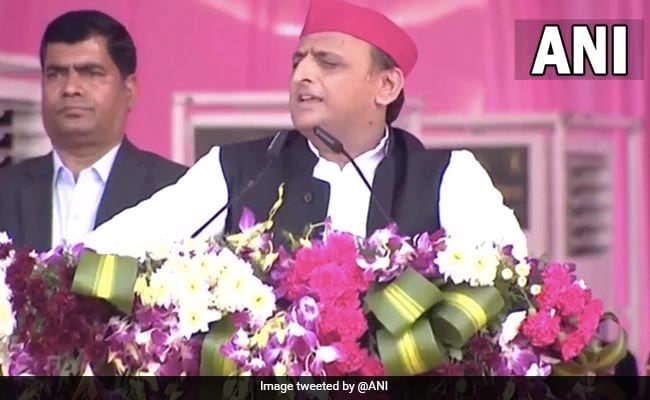 Samajwadi Party (SP) chief Akhilesh Yadav is believed to be unhappy with his party colleague Swami Prasad Maurya over his controversial remarks on Ramcharitmanas.

According to sources, Akhilesh Yadav is very angry with Mr Maurya and a press conference can also be held on behalf of the party.

Apart from Akhilesh Yadav, several MLAs of the party are also keeping themselves away from the statement of Mr Maurya.

According to sources, several MLAs have spoken to Akhilesh Yadav over the phone. There is huge discontent within the party over SP MLC’s controversial statement.

The Samajwadi Party leader Swami Prasad Maurya on Sunday, sparked a major controversy after he demanded the deletion of “insulting comments and sarcasm” targeted at particular castes and sects in Ramcharitmanas, a poem based on the epic Ramayana.

Speaking to ANI, the SP leader said, “I don’t have any issue with Ramcharitramanas but parts of it have insulting comments and sarcasm directed at particular castes and sects. Those should be removed.”

Mr Maurya further claimed that in the Ramcharitmanas, which was composed by Tulsidas, there are words hurting the sentiments of the Dalit community.

UP BJP chief Bhupendra Singh Chaudhary said, “People like Swami Prasad Maurya are deranged. Akhilesh Yadav should clarify whether it is his party’s view or Swami Prasad’s personal view.

Senior Samajwadi Party leader and party MLA Ravidas Malhotra said that Swami Prasad Maurya’s statement is his personal thoughts and not the statement of the party.

Speaking to ANI, Ravidas Mehrotra said that his statement has reached the party’s national president Akhilesh Yadav and action will definitely be taken against such statements in the coming days.

Roads In Madhya Pradesh Will Be Developed Like US By 2024: Nitin Gadkari

ACC to meet in February, Asia Cup and India’s participation in tournament set to be discussed: PCB