Ajay Devgn enjoys a massive fan following on social media. The actor often shares pictures of his kids- Nysa and Yug Devgn. Recently, he shared a photo of his son behind the lens and it will remind you of the actor.

He posted a collage of his picture and Yug. Sharing the post, Ajay wrote: “Spot the difference,” along with a wink emoji in his caption. Fans were all praise for the father-son duo. One user wrote, ”Nothing both are the same dicto copy🔥🔥🔥🔥🔥👏👏👏👏”, another one commented, ”Next superstar 🔥🔥”. 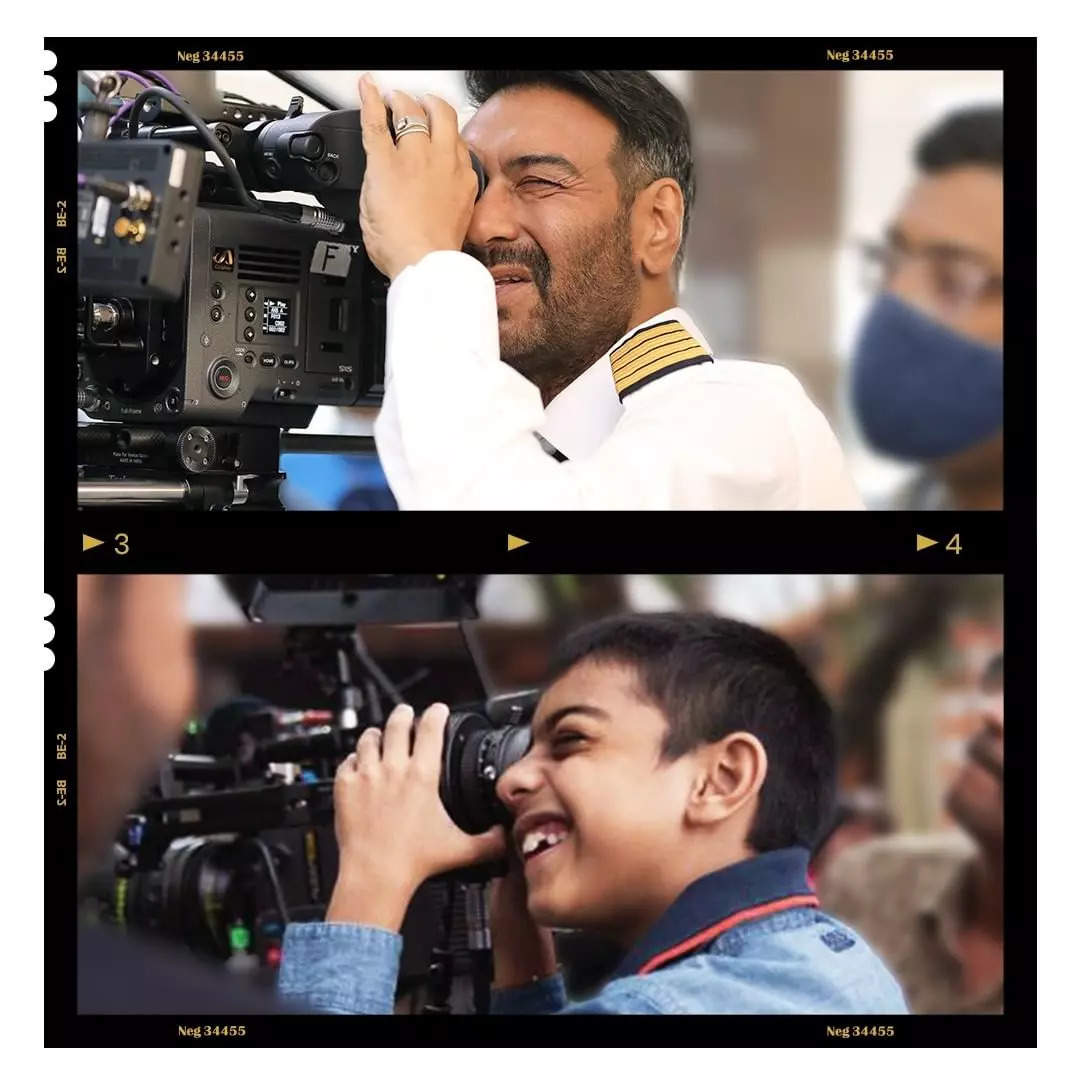 Recently, a female fan of Ajay got a tattoo for him on her hand. The fan took to her Twitter handle and shared pictures. The tweet read, “the last two years were really tough in every aspect. But as a fan, i would say it was hard being able see @ajaydevgn from a far as well. After those two years, i was able to go to Mumbai and ofcourse i wanted it to be special, so is what i did, got a tattoo of his autograph!”

the last two years were really tough in every aspect. But as a fan, i would say it was hard being able see… https://t.co/nUxwVbhmiF

On the work front, Ajay will next be seen in ‘Runway 34’ co-starring Rakul Preet Singh and Amitabh Bachchan in the lead roles. He is also directing the film.