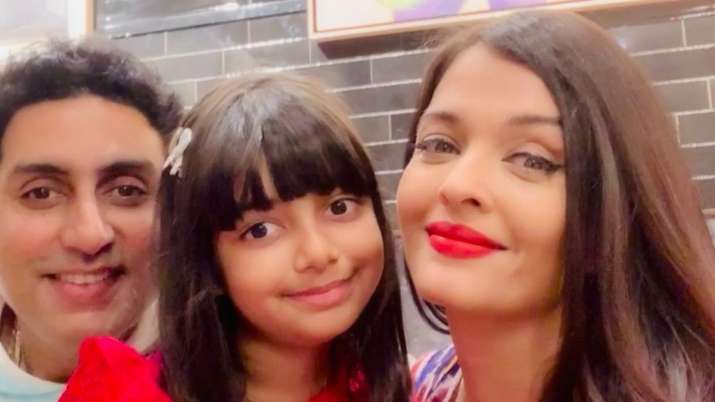 Bollywood actress Aishwarya Rai Bachchan recently made headlines after the Enforcement Directorate probe in the Panama Papers leak case. On December 20, the actor appeared before ED in Delhi in connection with the case. She was questioned by the ED officials for nearly five hours. Marking her first social media appearance since then, the actress on Wednesday (December 22) night took to Instagram and shared a heartwarming note a day before her parents’ wedding anniversary.

The 48-year-old actor who is extremely close to her parents shared a throwback picture of them. Sharing the picture, the former Miss World wrote, “Happy Anniversary dearest, darling MommyDoddaaa-DaddyAjjaaa LOVE YOU and THANK YOU so much for All your unconditional Love and Blessings… always,” adding a string of heart-emoticons to it.

In November, Aishwarya also posted a photo of her late dad remembering him on his birth anniversary. Sharing his picture, she wrote, “Happy Birthday My Dearest Darling Daddyyy- Ajjaaa LOVE YOUUU ETERNALLY.”

The ‘Devdas’ actor lost her father Krishnaraj Rai in 2017.

For the unversed, the ED recorded the statement of Aishwarya in the case over allegations of stashing wealth abroad under the Foreign Exchange Management Act, 1999. She had earlier submitted records on the foreign payments under investigation. The ED had issued notices to the Bachchan family asking them to explain their foreign remittances since 2004 under the Liberalised Remittance Scheme (LRS) of the Reserve Bank of India. Sources in the agency informed that Aishwarya was summoned earlier too but she could not appear and sought next dates at least two times.

Shershaah to Border: Scenes from patriotic movies that still ring in our hearts | Bollywood

Changing hues on a broad canvas

Santosh Shukla: After watching Border, I was eager to join Indian Army | Bollywood

Daniel Radcliffe to play Weird Al Yankovic in a biopic