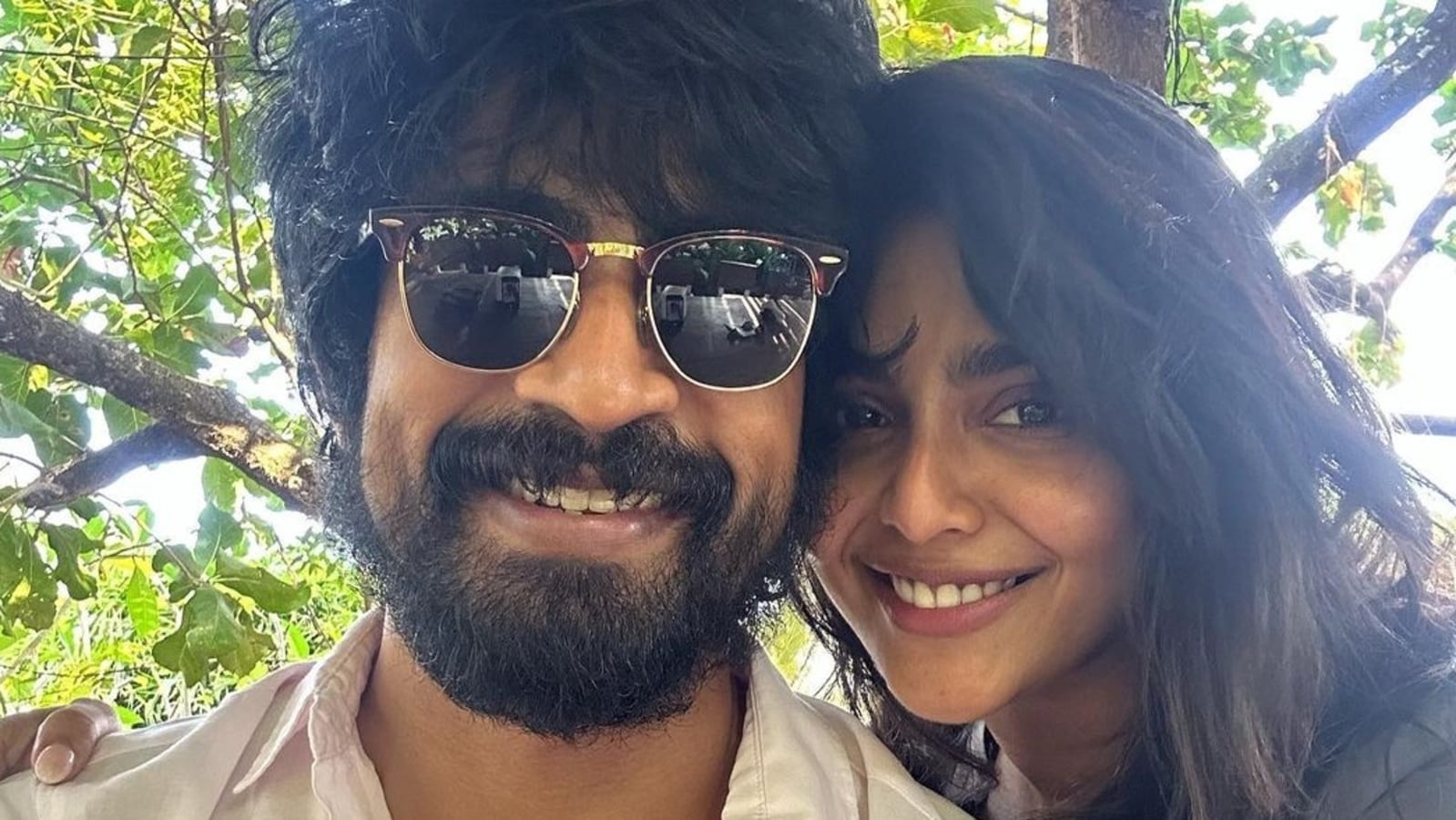 Actor-producer Aishwarya Lekshmi, who was recently seen in Mani Ratnam’s Ponniyin Selvan I and the Tamil film Gatta Kusthi, took to Instagram to share a new picture with actor Arjun Das. Without revealing too much, Aishwarya just shared a heart emoji along with the photo, which has piqued the interest of her fans. In the picture, Arjun and Aishwarya are looking at the camera and smiling. Also read: Why women are the true heroes of Ponniyin Selvan I with best characters, writing and performances

In the comments section, some industry friends of Aishwarya’s conveyed their wishes, assuming the actor had confirmed her relationship with Arjun. Actor Priyanka Jawalkar wrote, “Woohoo. So happy for you @aishu_ (sic).” Actor Amrutha Srinivasan wrote, “Too cute (sic).” Fans wanted to know if Aishwarya Lekshmi and Arjun Das were really dating. They took to the comments section to get clarity on the same. One user wrote, “Please tell me it’s some movie announcement (sic).” Another one commented, “Is this really happening? Are they dating? (sic).”

Last year, Aishwarya had eight releases with Gatta Kusthi being the last one. The film featured her in the role of a wrestler, who is forced to be a submissive wife until all hell breaks loose and she unleashes her real avatar. In 2022, she turned producer with Sai Pallavi-starrer Gargi. After bankrolling Gargi, which was one of the best films of the year, she chose to headline debutant Charukesh Sekar’s Ammu – a chilling thriller about a domestic abuse victim standing up for herself. Cut from the same cloth as films such Thappad and 47 Naatkal, Aishwarya’s Ammu is a very familiar tale of domestic abuse of a helpless wife but thankfully it takes a very interesting detour to present a refreshing end. Aishwarya will be next seen in Dulquer Salmaan’s King of Kotha and Ponniyin Selvan 2.

Arjun Das, on the other hand, was seen in Kamal Haasan’s Vikram. He’s all set for his Bollywood debut with the Hindi remake of the hit Malayalam film Angamaly Diaries. He is also working in an Anwar Rasheed Malayalam film. He awaits the release of his Tamil film Aneethi.