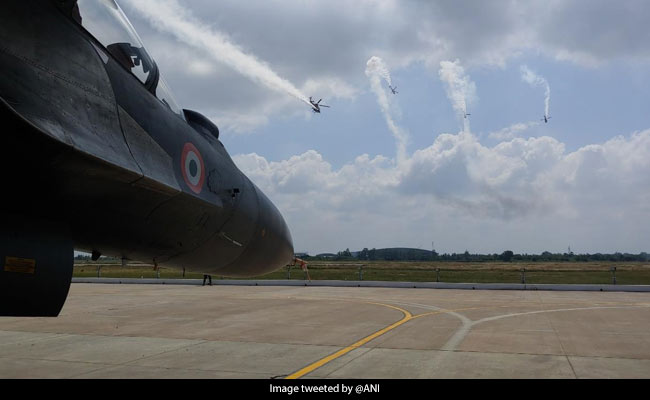 The Shillong-headquartered Eastern Air Command will carry out the exercise. (File)

The Indian Air Force will carry out a mega exercise covering the Northeastern region early next month to check its combat readiness, amid a fresh spike in tension with China along the Line of Actual Control in Arunachal Pradesh.

The exercise ‘Poorvi Aakash’ is expected to involve the IAF’s frontline fighter jets, including the Rafale and the Su-30MKI aircraft, and other assets deployed in the region, people familiar with the matter said on Saturday.

The Shillong-headquartered Eastern Air Command will carry out the exercise.

“Eastern Air Command will be conducting its annual Command-level exercise during the first week of February,” said an Indian Air Force (IAF) official.

This exercise is being conducted after a gap of two years due to the COVID-19 pandemic.

“The exercise will involve the activation of the command’s fighter, helicopter and transport assets towards a routine practice of aerial drills, including joint exercises,” the official said.

There has been a fresh spike in tensions between India and China after troops from the two sides were engaged in the clash along the Line of Actual Control (LAC) at Yangtse in the Tawang sector of Arunachal Pradesh on December 9.

Defence Minister Rajnath Singh said in Parliament on December 13 that the Chinese troops tried to “unilaterally” change the status quo in the Yangtse area but the Indian Army compelled them to retreat by its firm and resolute response.

The incident took place amid the over 31-month border standoff between the two sides in eastern Ladakh.

All frontline air bases and some key Advanced Landing Grounds (ALGs) in the Northeast are set to be involved in the exercise.

The army and the IAF have been maintaining a high state of operational readiness along the LAC with China in the Arunachal Pradesh and the Sikkim sectors for over two years following the eastern Ladakh row.

Why India Needs To Closely Follow The Bhutan-China Boundary Negotiations