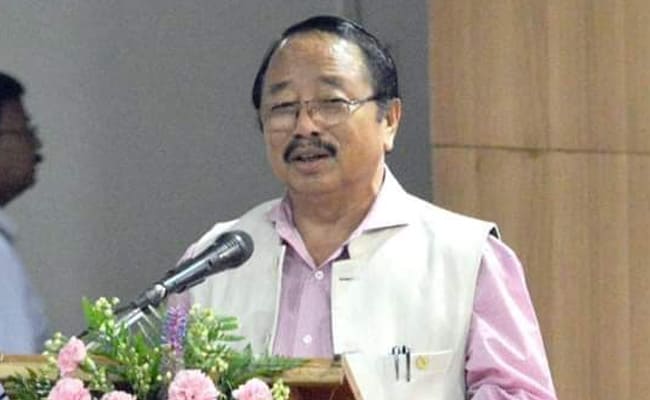 Mr Imchen was among the 21 MLAs from the Naga People’s Front who joined NDPP lasy year.

Veteran Nagaland politician and four-time MLA Imkong L Imchen resigned from the state Assembly and the Nationalist Democratic Progressive Party (NDPP) and will be joining the BJP.

The 72-year-old, who has been an MLA since 2003, said he resigned on “personal grounds” and will join the BJP.

Mr Imchen was among the 21 MLAs from the Naga People’s Front who joined the Nationalist Democratic Progressive Party in April last year.

The National Democratic Progressive Party is an ally of the BJP and a part of Chief Minister Neiphiu Rio-led government in Nagaland.

The NDPP is the dominant party in the United Democratic Alliance (UDA) government, in the Opposition-less Nagaland. The BJP with 12 MLAs is a partner of the UDA government.

For the state Assembly elections, which are scheduled to take place on February 27, the NDPP and the BJP have already finalised the seat-sharing deal and announced fielding 40 and 20 candidates respectively from their parties.