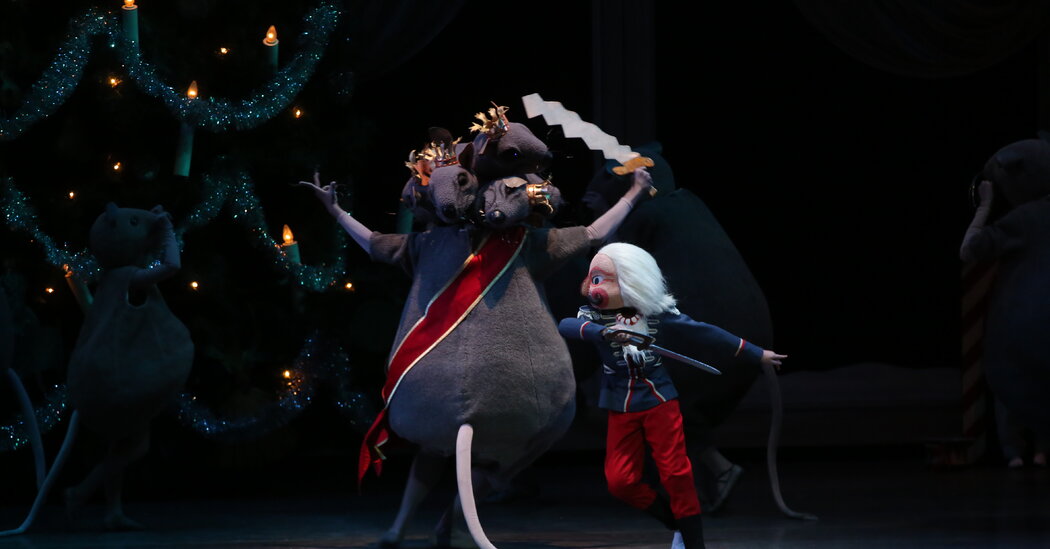 New York City Ballet canceled a performance of “George Balanchine’s The Nutcracker” on Tuesday after several people involved in the production tested positive for the coronavirus, in the latest sign of how the surge in cases is disrupting attempts to bring back some of the city’s most beloved holiday performances.

As the production, one of City Ballet’s most popular, was called off at Lincoln Center, plans to fill Carnegie Hall on Tuesday evening with the “Hallelujah” chorus were canceled when Musica Sacra postponed a performance of Handel’s “Messiah,” citing the virus. And there are no more holiday kicklines at Radio City Music Hall: The remaining performances of the “Christmas Spectacular Starring the Radio City Rockettes” were canceled Friday.

The cancellations came shortly after it was announced that some of Broadway’s biggest hits would not resume until after Christmas, forgoing one of the most lucrative periods of the year amid concerns about the spread of the Omicron variant.

It was not immediately clear when “The Nutcracker” would return.

“We are very disappointed to have to cancel this evening’s performance,” Jonathan Stafford, the company’s artistic director, said in a statement, “but the safety of our artists, staff and audiences has been New York City Ballet’s No. 1 priority since the Covid-19 pandemic began.”

The company has worked hard to bring back the holiday favorite under difficult circumstances. It turned to a cast of dancers 12 and older — it typically casts younger, smaller children as its angels, soldiers and mice, and for its party scene — since only children of those ages were eligible for vaccinations when rehearsals began in the fall.

The company said that tickets could be refunded, exchanged for a future performance, or donated to the company. Musica Sacra said that it would perform later this season at Carnegie Hall.