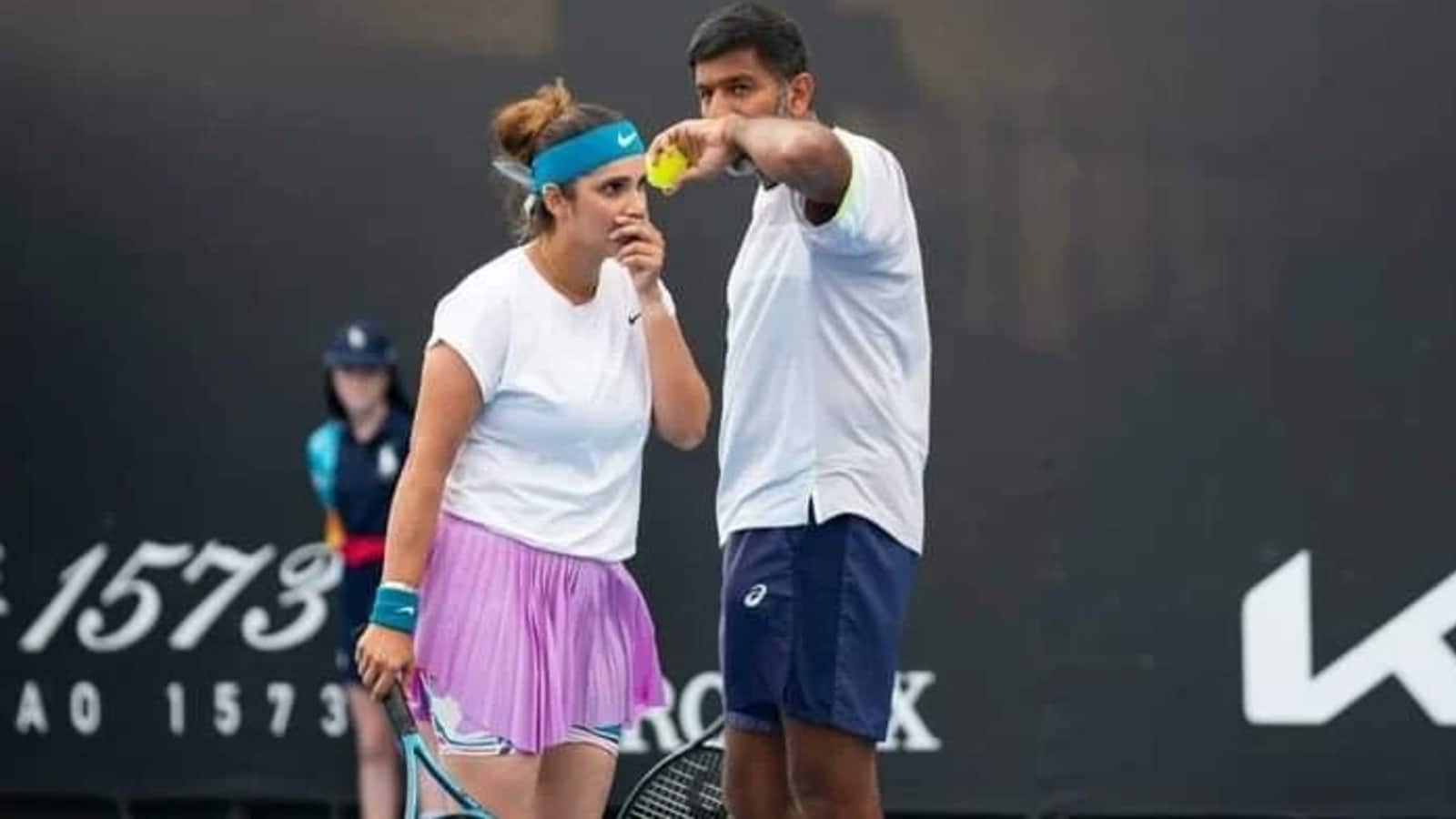 Sania Mirza and Rohan Bopanna have no right to be doing this. One is 36 years old — playing in her last Grand Slam. The other is 42 — he almost quit the sport during the pandemic and is now taking things on a month-by-month basis. They are old by tennis standards; they are old by professional sport standards, but on Wednesday they showed that together they’ve still got it.

The unseeded Indian duo beat the third seeds Desirae Krawczyk and Neal Skupsi 7-6(5) 6-7(5) [10-6] to book a place in the mixed doubles final of the Australian Open.

Krawczyk and Skupsi are one of the best pairs in mixed doubles but Mirza and Bopanna dipped into their vast reservoir of experience to show that if your heart is in it then age is little more than a number. Bopanna was Mirza’s first-ever mixed doubles partner when she was 14 years old and now 22 years later, the chemistry helped them scale another peak.

Both players haven’t reached a Grand Slam final for a while now. Mirza had last done it in 2017 when she lost the mixed doubles Australian Open final while Bopanna too did it at the Australian Open mixed doubles in 2018 – he lost as well. Perhaps it is the familiarity – with the country, the venue and the crowd – that is pushing them forward even now.

“I’m so emotional – I’m not a crier in front of people, but I’m almost there right now,” said Mirza after the match. “I feel the love here, for the 18 years that I’ve been coming here it feels like home for me because honestly, I’ve got family here, I eat at home, I get so much home food and I have all these Indians coming out and supporting me. It’s been quite a journey, and I’m really going to miss coming back here.”

The match, though, wasn’t about emotion. Rather it was Bopanna and Mirza showing how doubles can be played. They found the angles, the co-ordination was top-notch and from time to time, there was some sublime play at the net too.

“It was an amazing match, there’s a lot of nerves playing my last Slam and it’s so special to play with Rohan,” added Mirza, who plans to retire after the Dubai WTA event in February. “Rohan was my first-ever mixed doubles partner when I was 14 years old … we’re so excited to come back here and give ourselves another chance.”

In the final, Mirza and Bopanna will face Brazil’s Luisa Stefani and Rafael Matos, who beat Australian wildcard pairing Olivia Gadecki and Marc Polmans 4-6 6-4 [11-9]. And given how Indian tennis has seemingly got stuck in a rut, Bopanna reckons a title will be just the right kind of boost.

“It’d be an absolute dream,” Bopanna said when asked what it would mean to win the trophy on Friday. “You can’t get anything better than that – to finish her last slam with a title, I think it’d be really special. We need it in India, we need to keep inspiring everyone back there.”

For Mirza, this is a special tournament. She reached the singles third round in 2005 (losing to Serena Williams) and 2008 (losing to Venus Williams with Bopanna sitting in her box). Her first Major title, the 2009 Australian Open mixed doubles with Mahesh Bhupathi, came at Melbourne Park as well.

“The most special memory remains playing against Serena here when I was 18 years old, even though I lost that match, got blown off the court,” said Mirza, when asked to select her favourite Australian Open moment.

“My belief was installed there, that this is where I belong and this is where I want to be. Even though Serena won the tournament that year, for me it made me believe that a young Indian girl, the dream that I had to play in the slams, try and win them, was something that happened that year for me.

“That memory … I’m getting goosebumps when I talk about it.”

Most Indian fans will be getting goosebumps too when Mirza and Bopanna take the court for the final. It will be the end of an era that began in Australia for Mirza and a win would sure be a great way to finish things off. Talk about a full circle and all that.

This marks the start of an era: Overseas stars after WPL bids | Cricket News – Times of India

Juliette and Wall Street show out