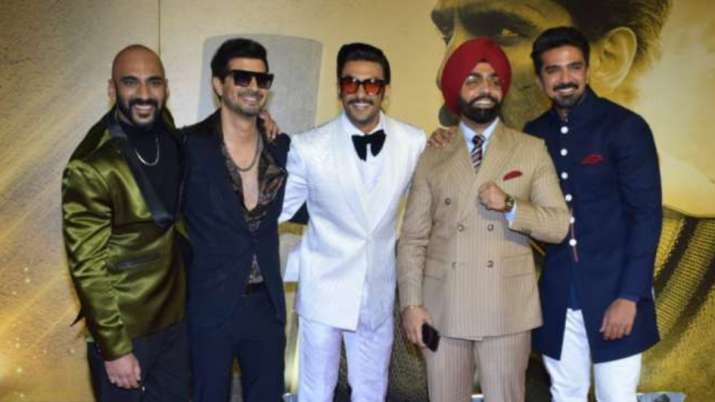 Ranveer Singh hosted a grand premiere of his film 83 on Wednesday which was attended by all the big names of Bollywood including Alia Bhatt, Janhvi Kapoor, Karan Johar, among others. The red carpet was also graced by former cricketer Kapil Dev who captained the Indian team in the 1983 cricket world cup. While the trailer has already established that Ranveer Singh has done a mind-blowing job in 83, Bollywood celebrities were all praise for the actor’s hard work and Kabir Khan’s direction.

Soon after the screening, Ranveer Singh’s Gully Boy co-star Alia Bhatt took to Instagram and said, “Phew! 83! Kabir Sir, I have so much to say and still, I have no words. It’s not a movie that can be boxed into a post along with a few adjectives! It’s an experience- a part of history that’s nothing short of magic! There were so many moments when I wanted to clap scream cry and dance at the same time! Pride, joy, unity, friendship, inspiration, I mean the list can go on. You walk out a different person after watching this beautiful beautiful film!”

Talking about Ranveer’s performance, she said, “What to say I mean? What are you? Some sort of genius mixture wrapped in with some loaded feeling peppered with magic every few seconds. I’ve said this to you before- your eyes changes!!!!! You don’t act, you live the character! Can’t do can’t do- please go to sleep for years so we can all catch up with your brilliance! Actor to Actor- Thank you for you. To the entire team, Producers, technicians, coaches. Congratulations!!!!! You’ll have created and contributed to what will be a milestone in Hindi cinema.”

Filmmaker Karan Johar also shared a heartfelt note for the 83′ team. He wrote, “It’s not easy to tell a true story … an actual account of a milestone event in Indian Sport History! There is no room for cinematic licenses and distortion of facts for dramatic impact… which is exactly why #83thefilm is such a monumental achievement …. It sucks you into that year… that World Cup , that team , that political climate , that mad fandom frenzy… I saw myself rooting for every member of that historic team… Laughing and crying with each one of them … I saw myself rooting for Kabir Khan and his maestro ability of story telling…. Taking an arduous task and perfecting it like a mega methodical master! Salute!”

He added, “I saw myself believing that @ranveersingh had transformed into the Legend Kapil Dev with the ease and genius of a bonafide veteran! He is so so good that’s it’s almost unbelievable at so many points! Restrain and power all at once! He has hit it out of the stadium! My hugest congratulations to the entire cast, crew and all the proud producers of this magnificent movie!”

Suniel Shetty tweeted, “Went to watch @RanveerOfficial in #83. Couldn’t spot him. There was only #KapilDev on screen. Incredible transformation. I am stunned beyond. A team cast that could’ve walked off Lords. Got gooseflesh like I was reliving ‘83. Still shaken & teary-eyed at the artistry & emotions.”

Rhea Chakraborty also said, “Watched 83 the film yesterday. Absolutely loved the film Kabir Khan sir you have given us a masterpiece. Ranveer Singh, I have no word for you, you are so good Osaoib Saleem, you rockstar. Loved your performance hats off to the whole cast and crew. Thankyou. Please go watch the film. It’s brilliant.”

83, based on the winning squad, narrates the story of underdogs, who nobody believed in. The team fought against all odds and clinched the title by defeating the mighty West Indies team. Director Kabir Khan has brought the iconic moment to life when India won the world cup. The film has opened to a roaring response from critics and fans alike.

Sakshi Tanwar didn’t attend any wedding during 8 years of Kahaani...