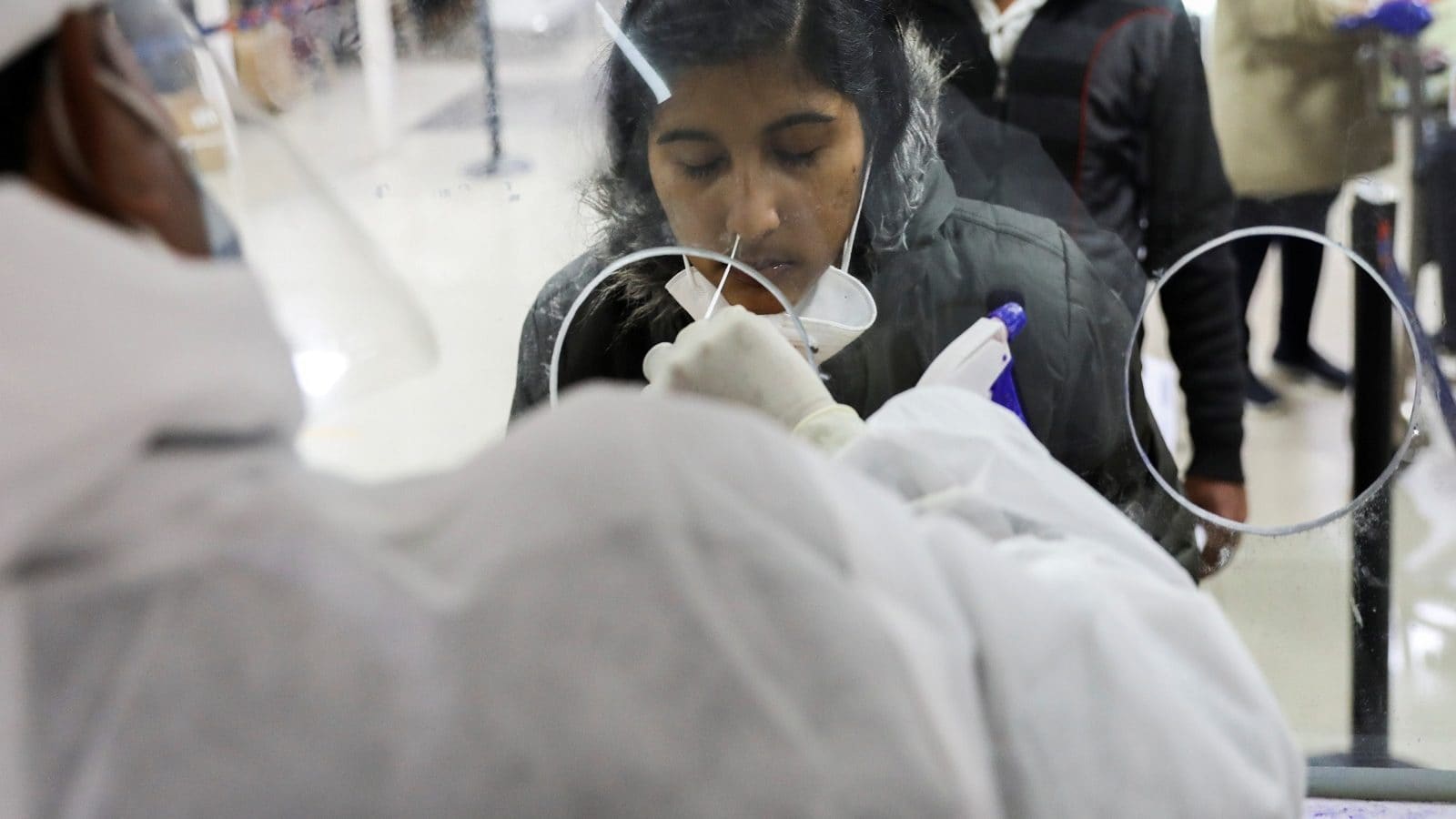 So far, India has reported 358 cases of Omicron. (Image for representation-PTI)

Union Health Secretary Rajesh Bhushan presented the study, conducted on the basic of 183 cases of Omicron, during a press briefing on Friday.

The study, conducted on the basic of 183 cases of Omicron in the country, was presented during a press briefing by Union Health Secretary Rajesh Bhushan on Friday.

Rajesh Bhushan said that Omicron has a significant growth advantage over Delta and it is spreading fast through communities. He also warned of risk of potential immune escape against infection.

The Union Health Secretary also said that though the Omicron cases are rising, Delta variant remains the predominant in the country and the clinical treatment for the new variant remains the same. He added that, so far, 358 cases of Omicron variant have been reported across 17 States and UTs.