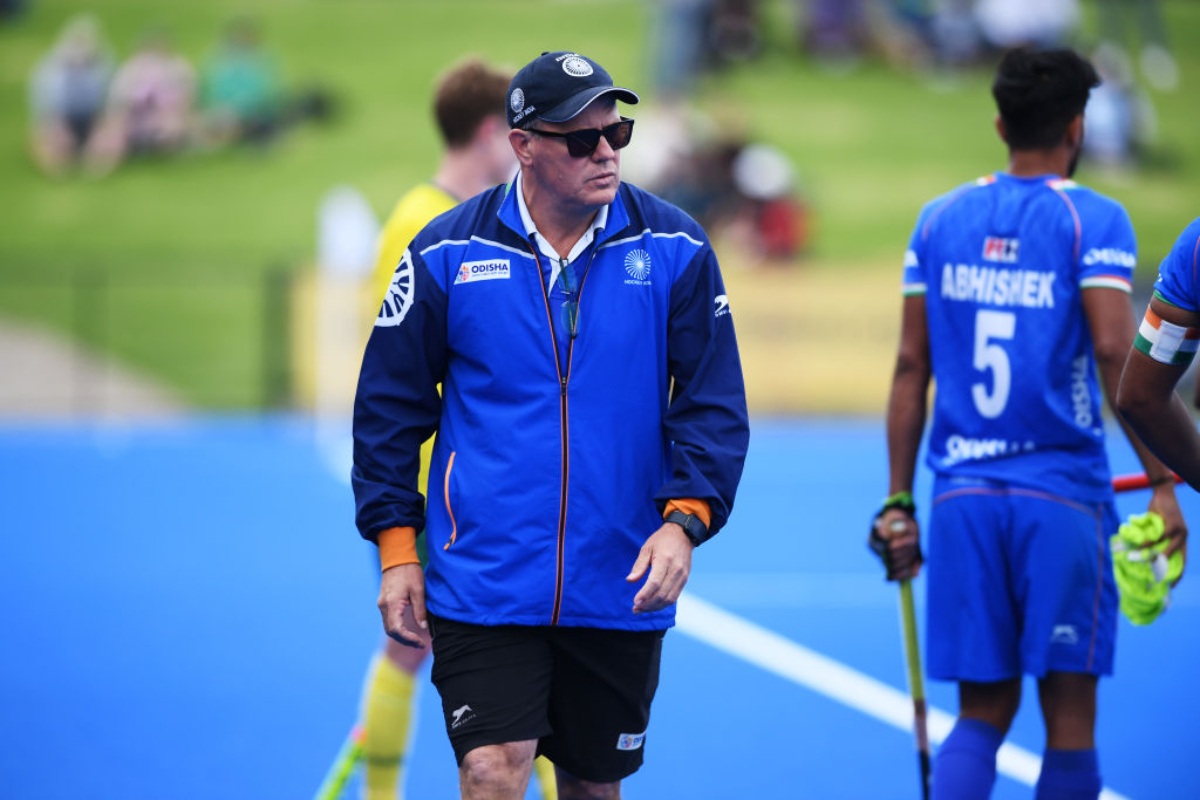 Heading into the Men’s Hockey World Cup, Harmanpreet Singh, for India, will be one of the most important players, but coach Graham Reid wants other players like Amit Rohidas, Varun Kumar and Nilan Sanjeet to step up and support the skipper.

“I would be lying if I say that there isn’t pressure on him (Harmanpreet). We have been spending a lot of time on our variations and making sure that we can deflect some of the pressure from Harman,” Reid told PTI in an interview ahead of their tournament opener against Spain in Rourkela on Friday.

“There are other drag flickers in the squad in the form of Amit, Varun and Nilam and they have to share the burden,” he added.

Eight-time gold medallists India grabbed an Olympic medal – a bronze in Tokyo – after 41 years and the expectations are high from the home team to return to the podium in the World Cup since 1975, when they won their maiden yellow metal in the event, and the Australian coach, under whose tutelage India won the Olympic medal in Tokyo, understands the need of modern-day hockey.

Asked about his realistic expectation from the World Cup to be jointly hosted by Bhubaneswar and Rourkela from January 13 to 29, the Indian coach said, “I always say that we shouldn’t be too much outcome focussed. India as a nation always is focussed on outcome.”

“It’s an old adage that the first game is the most important, so we are just focussing on that and will then take it forward. That’s how we are approaching it. My job as a coach is to keep them focussed and the result will follow. It’s an old sports psychology but it works. But having said that after winning medals in the Olympics and the Commonwealth Games, it would be great for a hockey nation like India to win a World Cup medal,” he added.

But the coach added he isn’t looking too far ahead and just wants to focus on the pool matches at this stage.  “As far as the pool is concerned, we have got Spain first, we are now focussed on that game. And then we have England, and then Wales. All those three games are important for us to get a good start to the competition. After that, who knows what’s going to happen,” Reid said.

Reid said that with packed stadiums expected in all India games in both hockey-loving Rourkela and Bhubaneswar, the key for his side would be to keep their calm.

“It’s difficult to keep the noise out of your being, but what you can do is you can be aware of what’s around you. We have been calling quite loud on the pitch, we will be trying to do that but if it fails you need to be just aware, look around, making sure what’s around you,” he said.

“The other thing is trying to stay focussed. These guys are used to playing in Bhubaneswar in front of big crowds.”

“We had Dennis a couple of times and he is actually coming over for the World Cup. He will be part of the coaching setup during the tournament,” he said.

“That’s really good that he (Van der Pol) is going to be here. That’s a real positive. Goalkeeping coach is really quite important these days in the scheme of things. He is someone who focussed on the basics and made sure that their technique is solid.

“Bram is also good. Some of our younger guys didn’t really know that Bram had won two gold medals in the Olympics. It was nice to have someone with that type of experience, and share his experience of how to deal with pressure in a World Cup,” he added.

India find themselves placed along Spain, England and Wales. The Men in Blue will open their campaign against Spain on Friday.

Quality that Virat has as batter and leader is required in...