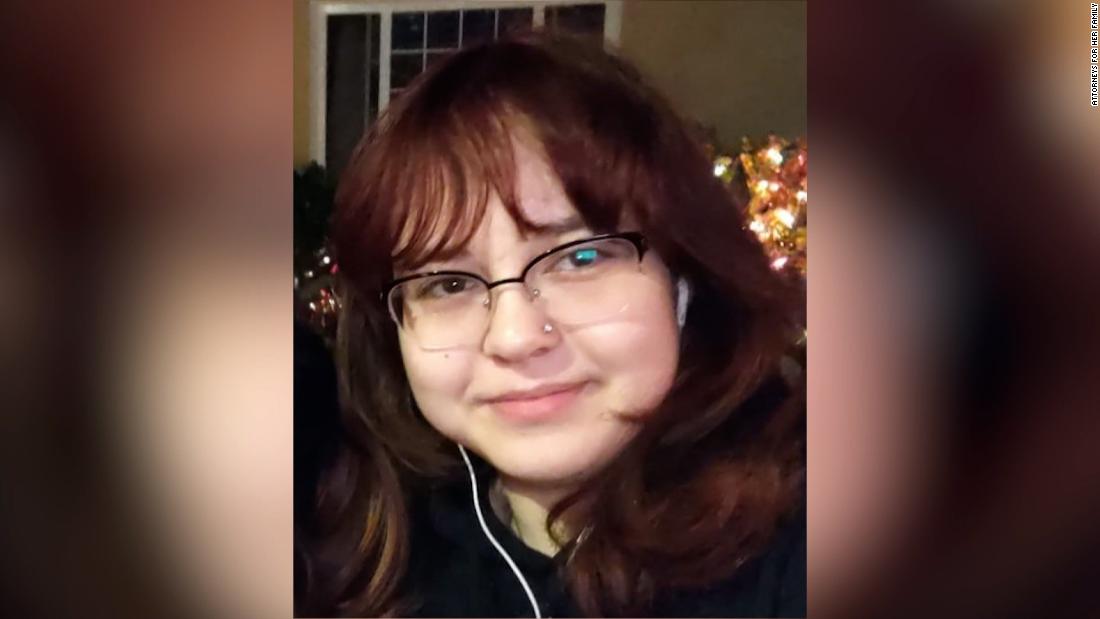 A day after video released by the Los Angeles Police Department raised new questions about the fatal shooting Thursday, Valentina’s mother described clutching her daughter and praying in the dressing room moments before the girl was struck by a round from a police rifle.

A distraught Juan Pablo Orellana Larenas, who flew to flew to Los Angeles from their native Chile, told reporters Tuesday that his daughter had once assured him the US was “the safest country in the world.”

In tears, Valentina’s mother, Soledad Peralta, described taking cover after hearing screams while shopping for a Christmas dress for the girl.

“We sat down and held each and prayed,” said Peralta said, adding that Valentina fell to the floor after being shot.

Peralta spoke at a news conference outside LAPD headquarters alongside civil rights attorney Benjamin Crump and others.

“She died in my arms,” her mother said. “I couldn’t do anything. To see a son or daughter die in your arms is one of the greatest and most profoundly painful things you can imagine. Valentina meant to world to me and her family and friends. Now our sweet angel is gone forever. Valentina give us strength to find justice. My daughter, I love you.”

Orellana showed a skateboard his daughter has ordered online for Christmas — which he said she will now ride with the angels.

Valentina came to the United States from Chile with her mother and sister about six months ago. Her father remained in Chile, but had planned a trip to California for the holidays. He had hoped to take his daughter to a Los Angeles Lakers game.

Valentina had excelled in her new high school despite her short time in the country, relatives said.

“I have no words to describe what I’m going through, especially during this holiday season,” Valentina’s father said. “I cannot sleep… All she wanted was to become a American citizen. I once told her, let’s leave this country. ‘No, papa,’ she said. “This is the safest country in the world, a country of opportunity.’ Now my daughter is dead at the hands of the state.”

Peralta said she was taken away and Valentina’s body remained on the floor of the dressing room.

Crump, one of several attorneys representing Valentina’s family, said the legal team is seeking access to all evidence from the LAPD investigation.

“Never should this 14-year-old little girl end up as collateral damage at a shopping plaza,” Crump said.

LAPD on Monday released edited surveillance camera footage and police body camera videos showing the events that led to the shooting death of the teen by an officer firing at a suspect.

The video shows a 24-year-old suspect identified as Daniel Elena-Lopez entering the Burlington Coat Factory store in North Hollywood with his bike and wearing a tank top and shorts. He takes the escalator upstairs with his bike.

Moments later, he returns to the escalators wearing a multicolored jacket and long pants before swinging his bike lock at customers, according to police. He is seen attacking several female customers.

Several body camera videos released by police show a woman on the floor covered in blood as officers arrive and attempt to find the suspect, who, according to a police statement on Friday, was a short distance away.

An officer can be heard on the body camera footage firing three bullets toward the suspect, who later falls to the ground. Video shows the officer firing a rifle at the suspect.

Valentina was killed by a gunshot wound to the chest, coroner records show.

“The girl’s American dream has been taken from her,” Valentina’s uncle, Rodrigo Orellana, told CNN affiliate Chilevision from their native Chile this week.

“Everyone fled to to dressing rooms and, unfortunately, the bullet found her,” he said. “They’re supposed to be the best police department in the world and they shot her.”

Police Capt. Stacy Spell said the investigation in its early stages. The incident will also be reviewed by representatives from the California Department of Justice, the state Attorney General’s Office and the Office of the Inspector General, according to Spell.

In a statement, the board of the Los Angeles Police Protective League, which represents LAPD officers, offered its condolences on Tuesday.

“Words cannot convey our utter sorrow over the loss of Valentina Orellana-Peralta,” the statement said. “We pray for Valentina’s family as they cope with this unbearable tragedy and we also pray for the officer involved in this incident as he is devastated over what occurred.”

“Was the use of the patrol rifle justified?” he asked Monday night on CNN. “And … if you’re going to fire a (.223) round inside of a department store, those rounds can easily rip through a body and keep right on moving through dry wall. So the use of force must be looked at.”

Barksdale said that the suspect did not appear to be moving toward a victim or an officer when he was shot.

The police department released three 911 calls and radio transmissions of the shooting.

Police were called following numerous reports of an assault with a deadly weapon and a possible shooting in progress at the store.

In one call a store employee tells the operator there’s an “hostile customer in my store attacking customers” and “breaking things.”

While she is on the phone, the woman is also repeatedly heard yelling at people to evacuate the store. She explains to the operator that the suspect is using a bike lock to attack people.

The suspect died at the scene. A steel or metal cable lock was found near his body, officials said. No firearm was recovered from the scene.

The assault victim was transported to a hospital with head and arm injuries. Police do not believe the woman knew the suspect.

The officer who fired the fatal shots is on “paid administrative leave, per department protocols for officer involved shootings, for at least two weeks,” a police official told CNN.

Last week, Police Chief Michel Moore said: “This chaotic incident resulting in the death of an innocent child is tragic and devastating for everyone involved. I am profoundly sorry for the loss of this young girl’s life and I know there are no words that can relieve the unimaginable pain for the family.”

Opposition makes exception to its Pegasus stand, will join talks on...